Everyone has now heard stories about conservatives who’ve been punished by “non-political” agencies like the IRS for their beliefs, but it happens at the state level, too. Back in 2011, I wrote about Rachel Alexander,[1] who was targeted by the liberal State Bar of Arizona for having the audacity to work with other conservative lawyers to fight corruption in the state. 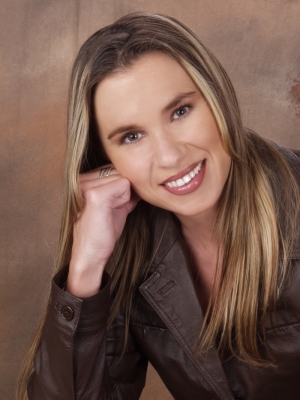 Rachel Alexander was collateral damage in a liberal fight to ruin her former boss, then-Maricopa County Attorney Andrew Thomas. Thomas attempted in 2009 and 2010, with the help of Sheriff Joe Arpaio, to stop corruption by some judges and county supervisors in Arizona by filing criminal charges and a racketeering lawsuit against them. Alexander, a Deputy County Attorney, performed some research and writing on the racketeering lawsuit after it had been filed. However, since she was one of the best known conservative bloggers in Arizona, running Intellectual Conservative and IC Arizona, she was dragged into the court even though she was a minor player in the case.

The supervisors filed bar complaints against Thomas, Alexander, and another prosecutor. The left-wing Bar ran with the charges, demanding to know everything Alexander had ever blogged, anonymously or not, within the past five years and the corrupt liberal judiciary rubber-stamped the charges. That’s not surprising considering the judiciary is under the Bar and can be disciplined by the Bar; so there is no way the judiciary would not do the Bar’s bidding.

Thomas and his other deputy prosecutor were disbarred and Alexander was suspended for six months plus one day, requiring her to retake the Bar exam again and reapply to the Bar. Meanwhile, the Department of Justice, which the Left had asked to investigate Thomas and Arpaio over abuse of power for going after the judges and supervisors, dropped the case, stating it had found no evidence. This completely refuted the Bar’s case against the three, exonerating them, but the Bar would not budge. Thomas remains disbarred and his other deputy is appealing.

The supervisors refused to pay for Alexander’s appeal, which was unprecedented for a merit-protected Maricopa County employee. Alexander wrote up her appeal herself (A lawyer would have charged $60,000, to give you an idea of how much work this was). The Arizona State Supreme Court sat on her appeal for eight months; then just one week after Thomas announced he was running for governor, it issued the opinion which essentially upheld most of the suspension.

The Arizona Supreme Court based most of its ruling upon statements of a former supervisor of Alexander’s who was her supervisor in name only. He said he’d heard complaints about Alexander’s performance in the office, but provided no evidence of these supposed complaints. The Supreme Court said this was evidence she wasn’t competent enough to work on the racketeering complaint. The court ignored the fact that Alexander had never received a poor review in her entire five years at the County Attorney’s Office and Thomas testified during the trial that he’d never received a complaint about her. At the same time, the Court stated several times in its opinion that it found no evidence of political bias by Alexander against the judges or supervisors. So essentially, Alexander is being suspended because liberals want to stick it to a conservative blogger.

At this point, Rachel Alexander is being left with little recourse other than to appeal to the U.S. Supreme Court. The problem is the Supreme Court only accepts about 80 of the 10,000 petitions it receives every year. Alexander has no attorney and cannot afford one, having been forced out of the legal profession into journalism, where she doesn’t even make enough money to make payments on her law school loans. Alexander also has a federal claim against the Bar for selective prosecution. Several attorneys familiar with her case have told her she has a slam-dunk case, considering the Bar reached down through several layers of supervisors to single her out for discipline without even targeting her immediate supervisor, who was in charge of the racketeering case and who performed the bulk of the work on it. Worse yet, the Bar is trying to force her to pay $128,203 for the cost of its prosecuting just her.

The Left targeted her because she may have been well known on the Arizona political scene, but she didn’t have the connections or money to fight back. She is a weekly columnist for Townhall, The Christian Post, and Right Wing News, but not someone with enough star power to make this a huge story. This story of corruption at the state government level is no different than the corruption that is now coming out about the Obama Administration, but because it is on a smaller scale, it is more difficult to get people interested in it.

Meanwhile, Alexander’s reputation has been dragged through the mud and the abuse that she has had to endure is appalling. She has been smeared non-stop by liberal websites in Arizona. Her main website was hacked by an IP address associated with the county supervisors, but no law enforcement agency would investigate it even though it destroyed her traffic, got her website banned from Google –and she finally had to rebuild her website from scratch using a different platform in order to get back into Google. Her traffic has never recovered because she lost thousands of articles; she went from 5,000 unique visitors per day down to less than 1,000. Her bankruptcy business fell apart because potential clients would not hire her once they’d googled her. She lost her home to foreclosure last summer and moved in with her parents.

This is even worse than the IRS’s targeting of Tea Party groups because she’s one person, without the resources to fight, without the national attention, without lawyers coming out of the woodwork to help her out.

If anyone can help Alexander find legal counsel or provide more exposure for her plight, please contact her at [email protected][3]. This case needs all the sunlight it can get. The liberals have been doing this to many bloggers[4] and if we don’t stand up to them and stop this, they’ll be coming for us next. Michelle Malkin has covered it here[5].