No One Should Glorify The Terrible Mistake Robin Williams Made

A couple of days ago, I was talking with a friend who complained that soldiers kill themselves every day and no one seems to bat an eye, while a celebrity like Robin Williams commits suicide and we all go nuts. 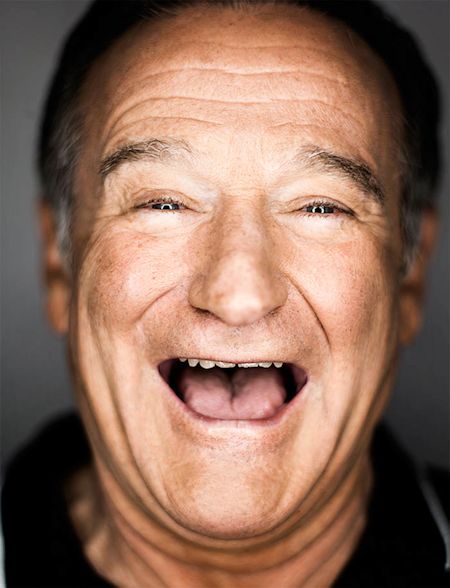 There’s some truth to that. Soldiers do more for us than comedians. But, Robin Williams’ career on TV gave us a chance to feel a personal connection with him. We remember him making us laugh as “Mork.” We marveled at his crazy performance as the Genie in Aladdin. We can hear him screaming, “Good Morning, Vietnam!” Serious quotes like this one from Good Will Hunting still stick with us.

So if I asked you about art, you’d probably give me the skinny on every art book ever written. Michelangelo, you know a lot about him. Life’s work, political aspirations, him and the pope, sexual orientations, the whole works, right? But I’ll bet you can’t tell me what it smells like in the Sistine Chapel. You’ve never actually stood there and looked up at that beautiful ceiling; seen that. If I ask you about women, you’d probably give me a syllabus about your personal favorites. You may have even been laid a few times. But you can’t tell me what it feels like to wake up next to a woman and feel truly happy. You’re a tough kid. And I’d ask you about war, you’d probably throw Shakespeare at me, right, “once more unto the breach dear friends.” But you’ve never been near one. You’ve never held your best friend’s head in your lap, watch him gasp his last breath looking to you for help. I’d ask you about love, you’d probably quote me a sonnet. But you’ve never looked at a woman and been totally vulnerable. Known someone that could level you with her eyes, feeling like God put an angel on earth just for you. Who could rescue you from the depths of hell. And you wouldn’t know what it’s like to be her angel, to have that love for her, be there forever, through anything, through cancer. And you wouldn’t know about sleeping sitting up in the hospital room for two months, holding her hand, because the doctors could see in your eyes, that the terms “visiting hours” don’t apply to you. You don’t know about real loss, ’cause it only occurs when you’ve loved something more than you love yourself. And I doubt you’ve ever dared to love anybody that much. And look at you… I don’t see an intelligent, confident man… I see a cocky, scared sh*tless kid. But you’re a genius Will. No one denies that. No one could possibly understand the depths of you. But you presume to know everything about me because you saw a painting of mine, and you ripped my f*cking life apart. You’re an orphan right?

Sean: You think I know the first thing about how hard your life has been, how you feel, who you are, because I read Oliver Twist? Does that encapsulate you? Personally… I don’t give a sh*t about all that, because you know what, I can’t learn anything from you, I can’t read in some f*ckin’ book. Unless you want to talk about you, who you are. Then I’m fascinated. I’m in. But you don’t want to do that do you sport? You’re terrified of what you might say. Your move, chief.

To many people, Robin Williams was living THE DREAM. He was genuinely talented, extremely famous and made tons of money. Plus, he was funny. How could a man who made so many other people happy with his comedy kill himself?

But, he did. Robin Williams hung himself. Apparently over financial problems and struggles with sobriety[2].

Robin Williams resented having to work on films such as the second Mrs Doubtfire but felt compelled in order to keep money coming in, a close friend of the actor has told the Telegraph.

Williams, who had been working on four projects when he was believed to have taken his own life this week, was said to have been dreading making more films as they “brought out his demons”.

He had committed to starring in sequels to the hugely successful Mrs Doubtfire and Night in the Museum, as well as comedy Merry Friggin’ Christmas, and the drama Boulevard.

But according to his neighbour and friend of over a decade, he no longer wanted to work on films as he felt they were not conducive to his mental well-being.

….”Robin had promised himself he would not do any more as he invested so much in his roles that it left him drained and particularly vulnerable to depressive episodes,” the friend told the paper.

The friend confirmed he had checked himself into rehab last month after falling back into his old habits.

Understandably, since people felt this connection with Robin Williams through his work, they wanted to celebrate him and his work after his death. Then many people took it even further and got upset at Williams being called a “coward” for offing himself. Even if it’s true, they insisted that the family shouldn’t hear what most people are thinking about the subject. Then there were those who raged at people who thought it was dumb that Williams killed himself over “depression.” Why, people just don’t understand depression! Do you get the difference between being sad and clinical depression? Do you? Do you? Of course, neither is a good excuse for killing yourself. Then there were people who went WAY, WAY over the line.

Actually, Robin Williams isn’t free. He’s dead. He wasn’t hit by a bus; he CHOSE to die and in so doing, he did worse than let his wife and kids down. He broke their hearts and in their darker moments, they’ll wonder if they should have said something or done something to save his life. They’ll carry that hurt around with them for the rest of their lives because of HIS weakness and selfishness.

It didn’t have to come to that.

There’s no more shame in being clinically depressed than there is in breaking your leg. Either way, it’s just something you have to take steps to deal with. Those steps may involve medications, therapy, or some combination of the two. It may be a short term thing or a longer term struggle. Either way, there’s a nobility to continuing that struggle and as sure as day follows night, that blackness and despair are going to let up. When you’re at the bottom of a deep, black well, it may seem like you’re never going to get out, but those who keep trying eventually do.

If Robin Williams would have held on just a little bit longer, maybe even a single day, that might have been enough to get him over the hump. Then his wife could have had decades more with the man she loved, his kids could have more time with daddy, and he would have had the opportunity to entertain even more people in the profession he loved.

Instead he threw it all away for nothing. Even if we admire Robin Williams for his talent, there’s nothing about his death that deserves to be glorified, praised, or treated as anything other than a foolish, shortsighted choice. All of us make mistakes, but there’s one mistake you can’t recover from and Robin Williams made it. I hope people support his family and friends during this difficult time and I hope that anyone else out there who’s hurting and contemplating suicide learns from the terrible mistake Robin Williams made.