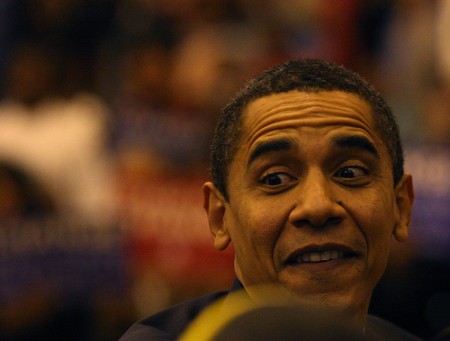 As the late, great: Eric Hoffer once said,“Every great cause begins as a movement, becomes a business, and eventually degenerates into a racket.”

So it is with feminism.

There was a time in America when women couldn’t vote, when they weren’t allowed to work in the same professions as men and when they weren’t really considered the equal of a man. Feminism grew in response to that and even many men embraced it because they saw the inherent unfairness of society. These men also had capable women they loved and respected — their mothers, their wives, their daughters — and they didn’t want them to be held back solely because of their gender.

How far have women come since those days? So far that women being asked to pay for their own birth control, just like men, was used as evidence of a “war on women.” If that’s the biggest issue women faced in America in 2012, then: Rand Paul was right when he said,: “This whole sort of ‘war on women’ sort of thing, I’m scratching my head because if there was a war on women, I think they won.”

In fact, we’ve gone so far in the opposite direction that: Dana Loesch: was inspired to say that,: “I will not have my sons grow up in a world where the new original sin is being a man.”

Is that an overreaction?

Maybe, but I don’t think so.

There are certainly a lot of people who seem to believe men are engaged in some sort of “war on women.” Here’s an alternate view: There’s no “war on women” or for that matter, a “war on men.” In fact, you could make a good case that men face challenges because of our gender that are every bit as significant as the ones women face, if not more so.

1) Education:: For most Americans, the key to living the good life or just making enough to support a family is a college education. It’s certainly not a guarantee of success or the ticket to riches, but it does open a lot of doors.

Well, guess what? In our female dominated education system,: men have fallen way behind.

American women born in the early 1980s are 33 percent more likely to have earned a college degree by the time they reach 27 years of age than their male contemporaries, according to the results of a longitudinal study published by the Bureau of Labor Statistics.

The study also showed that women in that age group who started college were more likely to have completed it.

2) Violence:: We’re always hearing people beating the drum about “violence against women” and that’s understandable. As a man who has had female friends who have been beaten and raped, the first impulse after hearing it is usually a desire to kill the person responsible.

That being said, what about men? When we’re talking about victims of violent crime, men, especially young men are: considerably more at risk than women.

But, here’s a question: Has anyone ever considered passing a “violence against men” act? Oh no, that’s silly and ridiculous – yet in 2011, there were 9,829 men murdered vs. 2,813 women. Violence is a much bigger problem for men than women, but we just shrug that off.

Do we assume that it’s okay that men just kill each other because that’s what they do? Do we ignore this because a lot of the men involved are young, poor, and from bad neighborhoods? Are their lives worth less to us because of their gender? If we answered honestly, the answer would be “yes” and that shouldn’t be true in a great country like America.

3) Abortion:: We’re now hearing that men should just “shut up” about abortion.

Doesn’t it take two to make a baby? Aren’t men rightfully held financially responsible for their children? Even if a man is no longer with a woman, doesn’t he have a moral responsibility to look after his child? Well then, why shouldn’t a man have an equal say in whether a woman aborts his child?

If two people engage in consensual sex and the woman becomes pregnant, the woman should not be allowed to have an abortion unless she gets the man’s consent. After all, it’s his child just as much as it is hers.

You can say, “her body, her choice,” all you want, but there are actually three bodies involved: the man, the woman and the child. Even if the child’s choice is being taken away because she’s unable to speak up for herself, the father’s choice shouldn’t be removed as well. It takes two to make a baby, so why shouldn’t it take two to have an abortion?

4) Custody cases: Sadly, since divorce has become more common in our culture, it’s not unusual for divorcees to battle it out over custody of their children. The courts blatantly discriminate against men in these cases by assuming that the woman is the better parent by default. Here’s an: excerpt from an article by Nina Shapiro: discussing how the system is rigged against men.

Rhea Rolfe, an attorney who once taught a “women and the law” class at the University of Washington, recalls sitting with a male client in a commissioner’s courtroom one day. There were maybe seven or eight cases heard. “She ruled against every single man,” Rolfe recalls, “and two of them were unopposed.”

“In any other arena, the evidence gets you the ruling,” observes attorney Maya Trujillo Ringe. “But in this particular arena, the dad has a much bigger uphill battle.” So much so, she says, that she and other attorneys often joke that “if you put a skirt on the dad, same facts,” he’d win primary custody. “You can overcome the bias,” Ringe adds, “but it takes a lot of work and a lot of resources.”

Attorney Jennifer Forquer agrees, noting that “fathers will routinely be sent to parenting classes” by commissioners. “It doesn’t matter if they took paternity leave, if they changed diapers. If a mother makes an allegation that a father’s parenting is deficient, he ends up going.” If a dad wants to make such an allegation about a mom, she says, “you have to be careful how you present that.” Commissioners are not inclined to believe it, she says.

By far, though, the most damaging allegation–the one that can change everything in an instant–is domestic violence. That’s why, Rolfe says, “there are attorneys who will advise a client to accuse the other party of domestic violence in order to gain an advantage.”

The accusations may not constitute what the general public thinks of as domestic violence. “Frequently, it’s not a big thing that you did, but the woman claims to be afraid,” says Rolfe.

Yet commissioners–and what Bianco calls a “little cottage industry” of professionals used by the court to assess and treat domestic violence–tend to give those allegations credibility and see a man’s denials as further proof of his guilt–the ultimate catch-22.

If a court somewhere in the country was denying women access to their children because of their gender, it would be treated as a national scandal, but this is being done to men all across the country and it’s just as wrong. Good parenting is not a function of gender and it’s wrong to deny fathers access to their children just because of their gender.

5) Rape culture:: It’s bizarre to hear someone use the words “rape culture” in the United States where rape is universally considered to be an appalling act. Rapes happen in this country, just as murders happen because human beings are awful, flawed creatures and a few of our kind do terrible things to other people when they think they can get away with it.

But, there is no “rape culture” in the United States. The hysteria that leads people to use those words is driven by rape statistics that are about as real as one ofGrimm’s Fairy Tales.

For example, the widespread claim that one in five female students is sexually assaulted comes from the Campus Sexual Assault Study, a survey of more than 5,000 U.S. university women. Like many such studies, it stretches the definition of assault to the breaking point. The vast majority of the incidents it records involved alcohol. But the vast majority of the women who reported these incidents did not believe they had been raped — even in cases that involved penetration. Two thirds of the women didn’t think these incidents were serious enough to report to the authorities. (Journalist Cathy Young has analyzed this study in detail and written at length about it.)

The consequences of this phony rape scare are troubling. On some U.S. campuses, due process has been thrown out the window. Men accused of sexual assault are deemed guilty until proven innocent, and some have been expelled. Even the Obama administration has weighed in, announcing a White House Task Force to Protect Students from Sexual Assault. California is considering legislation that would codify the doctrine of “affirmative consent” on campus. Universities everywhere are busy setting up more task forces, awareness sessions and sexual-violence response teams, while demonizing the allegedly toxic jock culture of male athletics.

Like most conservatives, I’d be happy to give rapists the death penalty. That being said, painting the average man as a potential rapist immersed in “rape culture” is insanity driven by loons who probably need to go to their own sensitivity classes to learn how to relate to men.