Operation Save Teh Kittehs Part 6: The Final Chapter 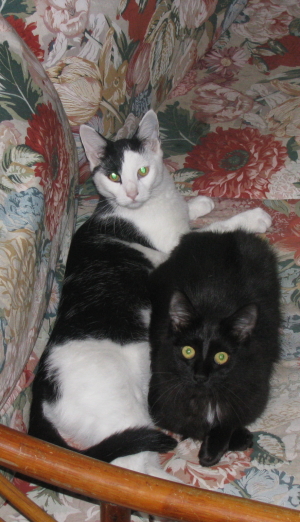 It all started with such good intentions. A feral cat had kittens under my house and I thought, “Gee, I’ll be a nice guy and socialize ’em, get ’em adopted out, and heck, maybe I can even come up with a cheaper, : easier : way to do this for other people in this situation.”

Sounds good, right? In fact, it even sounds a little noble — if I do say so myself. Over the last few months, I must have had more than a dozen people tell me what a terrific person I:  am for taking care of those kittens. Admittedly, that’s a lot of ego food.

But, think hard: does this whole set-up remind you of anything else? Not yet? Okay, well let me tell you a little more about the experience and it may seem a bit more familiar.

I called every shelter that adopted out kittens I could find in a 100 mile radius, all last summer, and most of them wouldn’t even call me back. Those that did usually just said something like, “Sorry, we’re full.” It was an extremely frustrating experience, but these places were just incredibly swamped. I’d look on Craigslist and there would be 2-3 batches of adorable kittens on there EVERY DAY. That may be great if you’re looking for a kitten, but if you’re in the business of adopting them out, wow does it make it difficult — especially given that they seem to go from that adorable “bobblehead kitten” stage to adult cat in a few short weeks.

One of the places that did call me back suggested I just neuter the kittens, release them in my back yard, and feed them — which was part of the reason I was in this fix in the first place. You see, two of my neighbors feed feral cats and that’s turned this area into a gathering spot for the cats. But, are my neighbors going to take the cats to the vet if they get sick? No. Do they get the cats fixed? No. Do they take any responsibility for the kittens the cats have? No. So, in my book, the last thing we need is more cats running around the neighborhood. Of course, I could have taken the cats into the animal shelter in my area at any point, which would have given them a cool 24-72 hours to get adopted out before they gave them the gas. I just wasn’t willing to do that.

So anyway, during those long summer months, the kittens grew into cats — and cost considerably more money than I anticipated in the process. One of them had a life threatening eye infection and I had to take him to the vet. All of them had to be spayed and/or neutered and given rabies shots. The cats also tore up my porch, which was where I had them staying. Moreover, keeping 4 cats in food, kitty litter, and a few cheap toys to keep them from getting bored was CONSIDERABLY pricier than I would have thought. All of it put together ended up costing 4-5 times more than I had thought it would at first.

Moreover, true story, although I can’t get into details: I knew someone who ran out of food during the same period of time that I had those cats and I bought:  him some groceries. Now, compared to what I spent on those cats? It was cheap and I thought: I’m spending this kind of money on cats. What could I have done for other human beings instead? Heck, even if I wanted to take care of animals, a cat rescue organization could have spent the money a lot better than I did. So, what the hell was I doing? 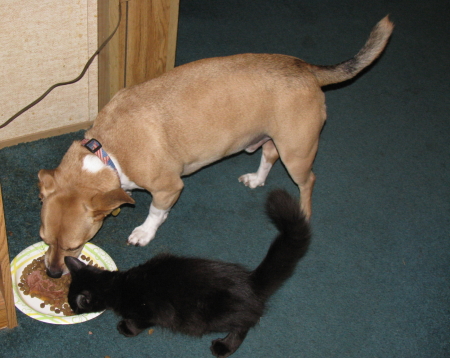 Still, it’s in my nature to persevere and so I did. Eventually, I found a feral cat sanctuary[1] that was willing to take the cats in if no one else would. However,:  I:  was : told : that:  : I would: :  be:  better off waiting a little longer, until the “kitten season” was over. They said at that point, one of the shelters would probably take the cats in and then they could get adopted out to a new home.

So, I took their advice, waited and eventually, the Humane Society[2] came through.:  : It:  is:  : a no-kill shelter and after keeping me on a waiting list for a couple of months, they took the cats off my hands. Since then, they’ve managed to get them adopted out.

Interesting detail: shortly after I took those cats to the Humane Society, one of the neighbors who feeds the feral cats saw me in the yard and noted that another cat had kittens. My neighbor seemed to be trying to feel me out to see if I’d take care of those kittens as well. As you may have guessed, I didn’t bite that hook again.

That, my friends, makes me considerably smarter than our own government. Remember when I said earlier, “Does this whole set-up remind you of anything else?”

Know what it reminds me of? Welfare. Food stamps. School lunch programs. Etc., etc., etc. Those programs sound good. They sound compassionate. You can even point to a certain number of people who are, in one fashion or another, helped by them. But, is the money being well spent? No. Could it be better spent elsewhere? Yes. At the end of the day, do these programs really put a significant dent in the problem of poverty? No.

At the end of the day, at least I spent my own money. I was also smart enough to realize that while I might be doing some good, what I was doing wasn’t an effective use of my funds. When will the government of this country ever reach that same conclusion about the endless array of money-wasting programs:  it:  has:  : that don’t work?