How To Stop Being Poor 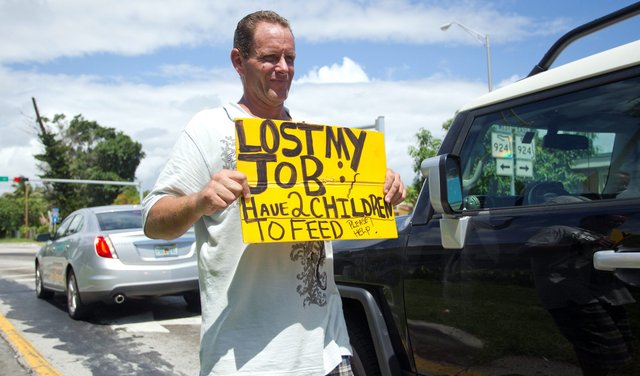 I tell you that from experience because I have been poor.

Once in college, on a trip out of town, I slept in an elevator all night because I couldn’t afford to pay to share a room with friends and I was too proud to crash without paying. On another trip, I slept in my car the whole week-end and ate bags of apples and powdered doughnuts because they were cheap. Later on, I got so hard up for cash that I very seriously considered planned homelessness. I came very close to sleeping in my car for a couple of months so I could save up the rent money.

I also know what it’s like to get so broke that I had to live on a bag of potatoes and three for a dollar burritos for a week. I’ve driven around on brakes that squeaked like a piglet because I couldn’t afford the repair. I bounced a few checks in my early twenties because I had so little money. I’d only have 2-3 dollars extra in my account. Then, the bank would take out an unexpected small fee for some reason and suddenly, I owed the check AND a 20 dollar bounced check fee I couldn’t afford. When I first started doing volunteer work with the Republican Party in my early twenties, I was told that my clothes were too shabby and that unless I could wear a jacket, the officials didn’t want me to fill in at their local headquarters even though I was doing it for free. I quit going because I couldn’t afford to buy one. That turned me off to politics for years.

When I did get into really desperate straits, it never even crossed my mind to try to get government assistance. That being said, I did feel horribly embarrassed the handful of times I asked my own parents for help, usually during some sort of dire emergency where I needed enough money to keep the lights on until my next paycheck or to get my phone turned back on.

That was how I was taught. My father grew up in the Depression and he had to deal with a level of poverty that made me feel lucky, even when I had nothing. It’s hard to feel sorry for yourself when your father grew up thinking of peanut butter and soda pop as luxuries while he walked around with holes in his shoes and hoped his parents had the money to afford a haircut.

My father taught me to save my money, to never be ashamed of any honest job and avoid government handouts like the plague. Once when I was a teenager, he came to me and told me that we qualified for the school lunch program. He asked what I thought about it. I looked him straight in the eye and told him that if we didn’t have the money, then I’d rather just skip lunch from then on. I honestly don’t know if we really qualified for the program or if he was just testing me, but either way, he was pleased with my answer.

I did all sorts of crummy jobs. I worked as a Walmart portrait studio photographer, I was an assistant manager at Burger King, I worked in a group home, I did day care, I laid sod — I even worked at Barnes and Noble where, I kid you not, a manager threatened to fire me because I was TOO GOOD at doing announcements over the intercom (Don’t ask me; to this day I still don’t understand that). Eventually, I found a job doing Internet technical support and the managers didn’t care what I did when I wasn’t on a call. I took the job because it allowed me to work on my own website, Right Wing News, during the down time and then I worked for hours on it every night. I spent YEARS working at my job, working on my web page, getting 4-5 hours of sleep per night, and then getting up and doing it again. Finally, when the company laid me off, I was doing well enough that I was able to go full-time as a blogger. Last month, Right Wing News had more than 10 million visits and, yeah, I’m not poor anymore.

You want to get out of poverty? Well, start with this advice from Walter Williams.

“Here’s Williams’ roadmap out of poverty: Complete high school; get a job, any kind of a job; get married before having children; and be a law-abiding citizen. Among both black and white Americans so described, the poverty rate is in the single digits.”

Of course, you can be above the poverty rate and still be living paycheck-to-paycheck. You want to get ahead? Get a second job if you can and put the money back. The feeling you have when you accumulate enough money in the bank to KNOW that you can cover a big car repair, a surprise medical bill or even a few months out of work will change your life.

You also shouldn’t take any big unnecessary risks. By that, I mean you have unprotected sex, drive drunk, or break into a house once and it can change the course of your life forever. While, we’re at it, don’t go $100,000 into debt getting a philosophy degree from a private school and then whine about how hard it is to pay it off. Everybody makes mistakes, but the consequences of a single big mistake can follow you for the rest of your life. Don’t ever forget that.

As to the government, the best thing it can do for poor Americans is to create the conditions that allow them to pull themselves out of poverty. Keep a business-friendly environment, low taxes and minimal debt so that the economy can continue to grow. Stop crime in its tracks so that the poor aren’t victimized and businesses feel comfortable moving into their neighborhoods. Provide good quality schools or better yet, vouchers so poor Americans can get the education they need to move ahead. Keep illegal aliens out of our country so that they don’t drive down wages and take jobs that should be held by Americans. Beyond that, the government should pave the roads, put up the street signs, maintain a police force, and stay out of everyone’s way as much as possible.

You might be poor because of bad luck, bad decisions or maybe because you’re young and haven’t had time to accumulate any skills or wealth, but you don’t have to stay poor in a country like America.

“Among children from families in the bottom fifth of the income distribution, 84 percent of those who go on to get a college degree will escape the bottom fifth, and 19 percent will make it all the way to the top fifth.”

Liberalism offers to make a lifetime in poverty a little more comfortable with welfare, food stamps, and handouts. Conservatism tells you to educate yourself, work hard, avoid big mistakes, save money, and treat handouts from the government like they cause a disease so you can leave poverty behind. The conservative course may ask more of you, but it’ll raise you out of poverty while delivering dignity, self-respect and self-reliance, which is something liberals in the government can never do for you.