The 6 Lamest Excuses For Failure From The Obama Administration 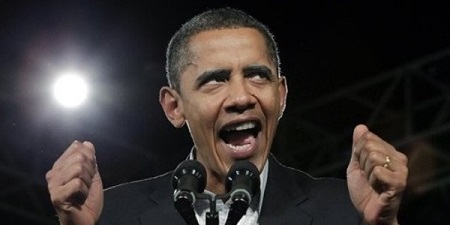 “I will gladly pay you Tuesday for a hamburger today.” — Wimpy from Popeye

Those are long running laugh lines in the comics and readers are supposed to roll their eyes as they hear those words. Maybe Americans just aren’t as smart as they used to be because the Obama Administration continually offers up excuses that are just as lame while even professional journalists take it seriously. Granted, politicians lying and making excuses is as old as mankind, but Obama’s every bit as artless about it as Lucy and Wimpy and yet so many people don’t seem to be able to figure it out. Sure, Bill Clinton is a hopeless liar, but at least he is slick about it. Obama’s about as artful as Kim Jong-un when it comes to deception, which makes it doubly irritating. Not only is he giving a hopelessly dishonest excuse, but he’s insulting your intelligence by expecting you to believe something so stupid at the same time.

1) Obama claims he was completely unaware that healthcare.gov was going to fail:: Barack Obama’s signature issue was the Affordable Care Act. It was the hottest political issue in America. It was constantly in the news. Barack Obama viciously fought off Republican attempts to keep the law from starting up and yet, the website is the biggest disaster since the Titanic. So, how did the Obama Administration explain the disastrous failure of the Obamacare rollout?

In an exclusive interview with Health and Human Services Secretary Kathleen Sebelius, CNN’s Dr. Sanjay Gupta asked when the President first learned about the considerable issues with the Obamacare website. Sebelius responded that it was in “the first couple of days” after the site went live October 1.“But not before that?” Gupta followed up.

To which Sebelius replied, “No, sir.”

2) The economy is bad because it got cold during the winter:: The economy was bad when Barack Obama took office and it has stayed bad for 5 1/2 years because of his policies. Rather than admit that the stimulus, the bailouts, cash for clunkers, the Affordable Care Act, and the rest of Obama’s agenda have been choking the economy, the administration has been reduced to blaming cold weather for its failure.

“Today’s GDP estimate is subject to a number of notable influences, including historically severe winter weather, which temporarily lowered growth in the first quarter.”

3) Barack Obama wouldn’t wear a flag pin because it is a substitute for patriotism:: Like many liberals, Barack Obama doesn’t like America very much and overt displays of patriotism repel him. Because Obama was foolish enough to want to tell the world that he wouldn’t wear a flag pin, but couldn’t admit the truth because it disgusts the average American,: the most unpatriotic President in history said this.

“You know, the truth is that right after 9/11, I had a (flag) pin. Shortly after 9/11, particularly because as we’re talking about the Iraq war, that became a substitute for, I think, true patriotism, which is speaking out on issues that are of importance to our national security, I decided I won’t wear that pin on my chest…” – Barack Obama

Of course, no one bought that and since then, Obama has gone back to wearing a flag pin.

During a press conference with British Prime Minister David Cameron on Monday, President Obama was asked about the IRS scandal. He responded, ”I first learned about it from the same news reports that I think most people learned about this. I think it was on Friday.”

5) Obama blamed ATM machines and airport kiosks for his inability to create jobs:: Barack Obama’s far left-wing economic policies have created a semi-permanent, Jimmy-Carter-style malaise that appears to be on track to last throughout his entire presidency. Of course, Obama isn’t going to admit that his policies are putting millions of Americans out of work; so he blamed: ATM machines and other technical advances, as if that hasn’t been going on since the Industrial Revolution in the 18th century.

“There are some structural issues with our economy where a lot of businesses have learned to become much more efficient with a lot fewer workers. You see it when you go to a bank and you use an ATM, you don’t go to a bank teller, or you go to the airport and you’re using a kiosk instead of checking in at the gate.”

6) Obama’s excuse for Benghazi is that it happened a long time ago:Our embassy in Libya was woefully under-protected despite the fact that Ambassador Chris Stevens had requested more security on multiple occasions and had been turned down. After Al-Qaeda attacked the embassy, no rescue attempt was made. Afterwards, during a presidential election year when Obama was under pressure to show that Al-Qaeda was behind the attack, members of the administration including the President deliberately misled Americans to make them think that a video was responsible for the attack when they knew from day one that terrorists were responsible. Since then, the Obama Administration has delayed and stonewalled the congressional investigation at every opportunity andits excuse for the scandal is…

“Dude, this was, like, two years ago.” Thus spake former National Security Council spokesman Tommy Vietor on Thursday after Fox News Channel anchorman Bret Baier asked him whether he had been involved in changing talking points to prepare then-U.S. Ambassador to the United Nations Susan Rice for Sunday talk shows in the wake of the Sept. 11, 2012, Benghazi, Libya, attacks that left four Americans dead.