My latest Townhall column is called, Why I’m Endorsing Ted Cruz For President[1]. Here’s an excerpt from the column. 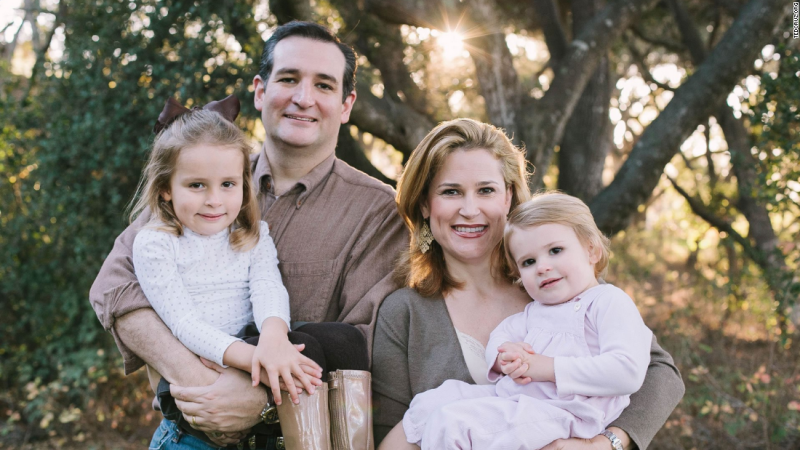 Conservatives have been hoping that “another Reagan” will come along for decades and we finally have one: Ted Cruz.

Like Reagan, Ted Cruz is not popular with the establishment wing of the Republican Party. In fact, you’ll often hear it said that, “Some people don’t like Ted.” There is truth to that and I would encourage you to judge Ted Cruz by his enemies.

Liberal Democrats fear Ted Cruz because they know he’s a strong, principled conservative that can’t be browbeaten, pushed around or bought off. While many other Republicans insisted that we wave the white flag to Harry Reid, Nancy Pelosi and Barack Obama, again and again, it was Ted Cruz who called on conservatives to stand up for what they believe in instead of buckling at the knees.

Republicans who love open borders and amnesty don’t like Ted Cruz much either because he’s been one of their strongest foes in the Senate. Back in 2013, when Donald Trump was calling for amnesty and Marco Rubio was pushing a bill that would have altered the demographics of our country in a way that would have permanently marginalized conservatives going forward, Ted Cruz was on the right side of the fight.

Listen to what Jeff Sessions, the staunchest opponent of amnesty and open borders in the Senate, had to say about the battle over the Gang-of-8 amnesty bill.

“In 2013 they spent a billion and a half dollars to promote this legislation, the political consultants, they had pollsters hired to spin the numbers, they had special interest groups, they met for months, the gang of eight, they were determined, it was a near on thing, it was a worse bill than the 2007 bill. It gave amnesty first…It was that close to being passed… and I think I can say this with integrity. Without the vigorous opposition of Ted Cruz, this bill likely would have passed.”

Additionally, establishment Republicans have never loved Ted Cruz. That’s because Cruz’s willingness to fight the Democrats puts a spotlight on their cowardice, the strength of his connection with conservatives reveals how out of touch they are and his insistence that Republicans keep their campaign promises highlights how seldom they actually keep their word. The fact that John Boehner has lost his job and that so many people are blaming the GOP leadership in Congress for the seething anger of Republican voters this year reveals the biggest reason the establishment Republicans hate Cruz: They were wrong and he was right.

It’s these same establishment types who have used their favorite argument against a candidate who’s obviously preferable to the ones they want, “He can’t win the general election.”

That is just what they said when Pat Toomey took on Arlen Specter, Marco Rubio took on Charlie Crist and Rand Paul took on Trey Grayson. In every one of those races, the establishment was wrong and it’s wrong about Cruz as well.

Cruz is the best debater in the field, he’s the ONLY candidate who could electrify the vast majority of conservatives in the race, he’d be the first Hispanic President in American history, he has a well-organized, data-driven campaign, he’s one of the best fund raisers running and he’s already beating the much better known Hillary Clinton in head-to-head polls.

That’s important because it doesn’t matter what you believe if you can’t win a general election. However, as conservatives who have been burned by empty promises over and over again have also learned to their dismay, it doesn’t matter if a candidate says all the right things if he’s not willing to fight for them.

Ted Cruz ran on conservative issues like building a fence on our border when he was elected, he has lived up to his promises in the Senate and he has run a consistently conservative campaign. Cruz is also not temperamental and you don’t ever have to wonder what he REALLY thinks about issues like abortion or health care. Perhaps even more importantly, Cruz has proven that he’s a fighter who’s not scared to go toe-to-toe with anybody from the Republican establishment to Obama, to the mainstream media.

Cruz’s consistent conservatism mixed with his willingness to fight is why he’s the ONLY CANDIDATE RUNNING who can absolutely be counted on to get rid of Obama’s executive orders, kill Obamacare, defund Planned Parenthood and build a fence on the border.

At the end of the day, none of us can control who gets elected. We can only do the best we can and let the chips fall where they may. So, I don’t have any illusions about whether one more or less conservative columnist speaking out for Ted Cruz is going to make a big difference. However, what I will say is that Ted Cruz is the first grassroots-friendly conservative to be within striking distance of becoming the GOP nominee since Reagan. Opportunities like this don’t come along very often and if conservatives let this one pass, we may never again have a chance to put a conservative champion like Cruz in the White House.