Kellyanne Conway Hits Back at Vile Accusations by “Morning Joe”

I heard this story[1] go by yesterday and the bull puckey meter went off. MSNBC’s love birds, Joe Scarborough and Mika Brzezinski came out and claimed that Kellyanne Conway detests President Trump. Not buying it. And if you parse what they said, it becomes even more laughable. At issue here is that when Conway came off their show, she insisted off-camera that she was only “shilling for Trump” for a “summer in Europe.” When the microphone was turned off, she said, ‘bleh I need to take a shower’. Let’s just say that Conway did make the shower comment… how do they know she wasn’t referring to MSNBC’s dynamic duo? Hmmm?

Some are saying that since Conway had ties to Ted Cruz, this is plausible. No, it’s not. Cruz is a good man and I believe he had faith in Conway. She’s loyal and has been unfailingly so to President Trump. She’s also a rock solid professional. There’s no way she would do that crap. She could have made millions from numerous offers, but she believed in Trump and still does. That’s why she followed him and is still working for him. Give it a rest already. This petty twisting of the facts and outright lying is just disgraceful. 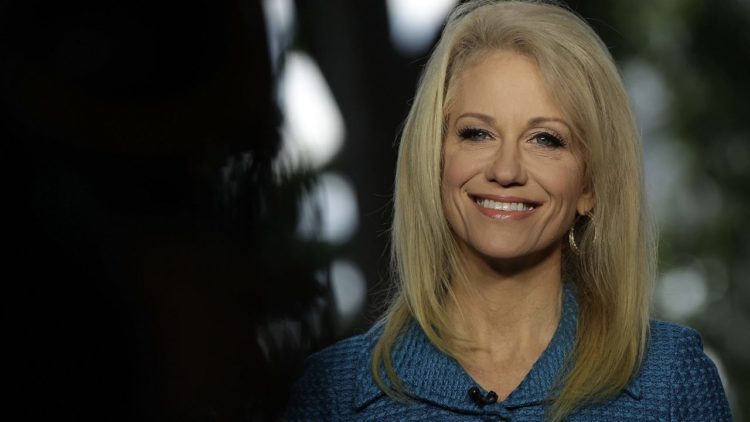 Kellyanne Conway slammed the hosts of MSNBC’s “Morning Joe” after they claimed she was only supporting President Trump for the money.

“My beliefs, commitments and loyalties are plain to see,” Conway tweeted Tuesday.

On MSNBC Monday, Joe Scarborough and Mika Brzezinski made some wild claims that when Conway came on their show she would insist off-camera that she was only “shilling for Trump” for a “summer in Europe.”

Conway posted a statement on Twitter with the caption, “Taking a moment from more important matters to respond.”

“…When sentiments are attributed to me that are not true, it is necessary to respond,” she asserted.

“The notion that I am serving for ‘the money’ or a ‘paycheck’ is absurd. As campaign manager, I made a fraction of what other consultants have made on unsuccessful campaigns,” the statement read. “It is a privilege to assist President Trump in the White House…I know him, I respect him, I believe in him.”

Kellyanne Conway is a pit bull when it comes to the media. She’s one tough lady and is totally unafraid of whatever is thrown her way. The left is trying to chip away at those in Trump’s inner circle and this is how they do it. They sow dissension and distrust and hope that it will bloom. That isn’t going to work with Conway. Nice try.

Joe and Mika are about as biased and self-serving as they come. They somewhere along the way didn’t get what they thought Trump would give them and are on a revenge tour trying to hurt Trump and his team any way they can. It’s totally unprofessional and predictable. Not that anyone watches their show… I sure as hell don’t.

Taking a moment from more important matters to respond …. pic.twitter.com/B0uL0ME0Bi[4]