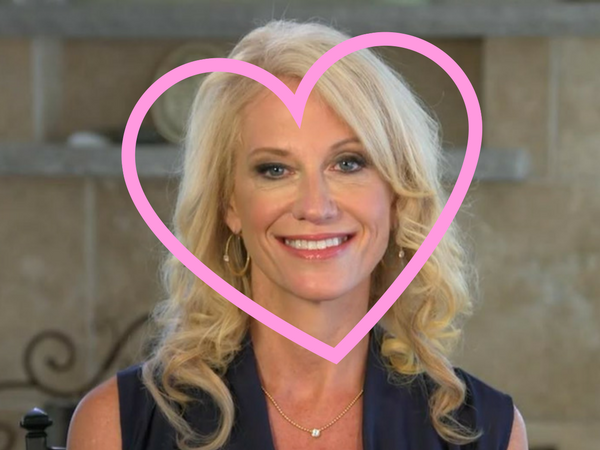 Kellyanne Conway, the woman who secured the election of Donald J. Trump, appeared on Fox News to take a few well-timed digs at the Emmy participants.

“They got plucked and polished and waxes and some of them didn’t eat for two months and all for what — to sound the same?”

The Emmy’s, which took place on Sunday night, suffered its lowest ratings[2] in its 69-year history, when you consider how many people have access to television these days. With less than 11.3 million viewers (compared to well over 30 million people who tuned in for the Inauguration of President Trump), the Emmy’s continues to lose its relevance as more potential viewers are turned off from the heavy politicizing from people who are only popular because we find them entertaining.

“It’s between the Emmy’s, the Miss America pageant was very politicized, our sports are politicized, and the ratings are suffering. It looks like America is responding by tuning out because they want you to stick to your knitting.”

Kellyanne said that they have a right to free speech, but if you’re tuning in to watch your favorite actors and actresses, you’re going to get very little of entertainment. She said that audiences want their actors to read what other people write for them, instead of giving their own political opinion. She did have praise for actress Kate McKinnon, saying she was happy to see her “get her Emmy” for her work on Saturday Night Live in the Primetime field of “Outstanding Supporting Actress in a Comedy Series.”

Conway went on to criticize the “culture of sameness,” stating that new research and analysis shows that 91% of all Trump coverage during the summer was negative. Just for laughs, here’s a supercut of all 34 times that really super important celebrities referred to Donald Trump:

When asked about Sean Spicer’s surprised appearance, Kellyanne called him a “man of good humor,” saying that he has the introspection and good humor that many people in Hollywood lack.

When Dolly Parton was given the chance to rip on Trump at the Emmy’s, she stood quietly while her former co-stars called Trump an egotistical bigot with a bit of a shocked look on her face.[3] Last summer she had to write a Facebook note after she was wrongfully accused of being a Hillary supporter, where she stated that she had not made her choice on who she will be voting for and that she tries to stay away from politics. 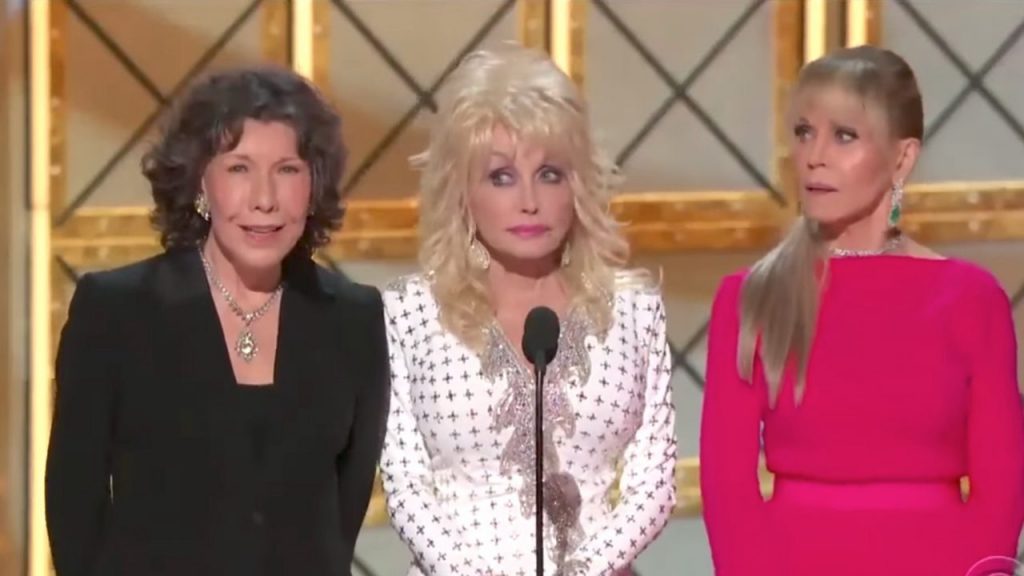 You can watch the three-minute video from Fox and Friends here, to hear her final words in her analysis of how Hollywood is pushing away their viewers and not just the Trump voters: