There comes a time[1] in your life where you have to choose between what is right and what is legal… I think Judge Roy Moore just made that decision. He stood by his principles and blocked the Supreme Court’s ruling on same-sex marriage in the state of Alabama. For that, he has been suspended without pay and may not only be removed from office, but disbarred. He considers the Supreme Court ruling on gay marriage as unconstitutional. So do I. We are fast approaching a time where there is going to be all-out war between our progressive government and constitutional conservatives. Bring it. Some things are worth going down for. 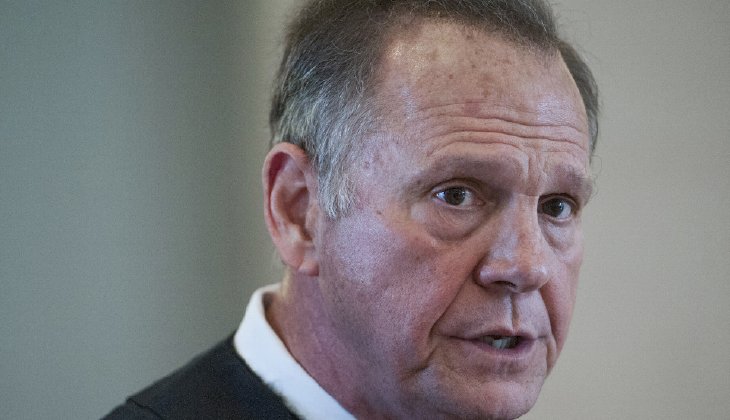 Moore is in hot water for a Jan. 6 order instructing probate judges throughout Alabama to ignore the high court ruling and decline to issue marriage licenses to gay couples, AL.com reported. The order told judges they had a “ministerial duty” to restrict marriage to heterosexual couples.

“In issuing his Administrative Order of January 6, Chief Justice Moore demonstrated an unwillingness to apply the law,” the commission said.

Moore’s actions led the Southern Poverty Law Center to file complaints with the Judicial Inquiry Commission, which acts like a grand jury. The commission forwarded the complaint to the Alabama Court of the Judiciary. “He is such an egomaniac and such a religious zealot that he thinks he can ignore court orders with impunity,” said Southern Poverty Law Center Richard Cohen said. “For the sake of our state, he should be kicked out of office.” The charges stay secret unless and until charges are issued, which occurred Friday evening. Unless Moore settles, he will be tried before that court. Moore shot back: “The Judicial Inquiry Commission has no authority over the administrative orders of the chief justice of Alabama or the legal injunctions of the Alabama Supreme Court prohibiting probate judges from issuing same-sex marriage licenses,” Moore told AL.com Friday. “The Judicial Inquiry Commission has chosen to listen to people like Ambrosia Starling, a professed transvestite and other gay, lesbian and bisexual individuals, as well as organizations that support their agenda.” My prayers are with Judge Moore. He is a warrior in this fight for faith and constitutionality.