Obama is getting ready[1] to at long last shut down Guantanamo Bay. It’s part of his legacy and definitely part of his disgrace. And by that I mean it is deplorable that he is shutting it down at all. That is a military installation where we hold the worst of the worst of terrorists. But since Obama is setting all of the terrorists free to kill once more, he now wants to get rid of the place we house them. This should not be allowed. I pray that Congress will not let this go through, but I no longer have faith in any of them. This is a sad day for American security and we will pay a heavy price for it. 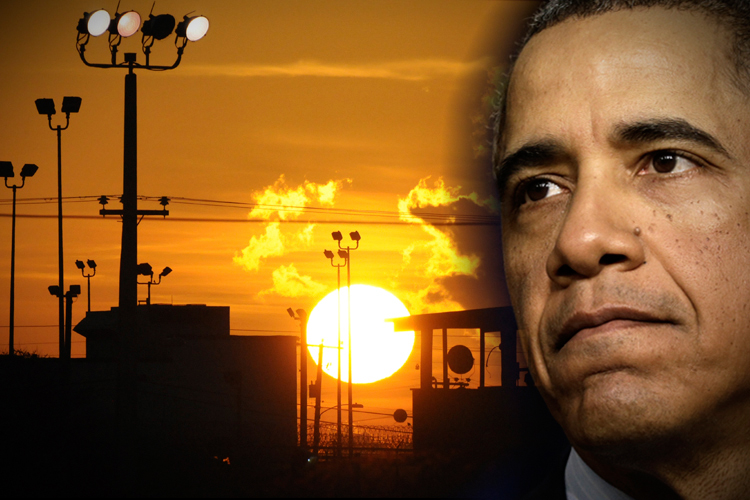 President Obama on Tuesday urged lawmakers to lift obstacles to closing the U.S. military prison at Guantanamo Bay, Cuba as he presented to Congress a long-awaited roadmap for shutter a facility he said symbolized the excesses that following the Sept. 11, 2001 attacks.

“This is about closing a chapter in our history ,” said Obama, flanked by Vice President Biden and Defense Secretary Ashton B. Carter, in remarks at the White House. “It reflects the lessons that we’ve learned since 9/11, lessons that need to guide our nation going forward.”

But Obama’s blueprint, which provided some detail to earlier White House plans to move up to 60 prisoners to the mainland United States for trial or detention,was met with immediate condemnation from Capitol Hill.

Previewing the plan earlier in the morning, officials said the document submitted to Congress outlined costs associated with housing prisoners in facilities within the United States. Officials said 30 to 60 detainees were expected to be brought to U.S. facilities if the plan is approved. Some of them would continue through slow-moving military commissions; others probably would be detained indefinitely without trial.

Obama wants to take the remaining prisoners and move them into a US facility. He wants to house these evil demons among us. Most will never be punished and will get tied up in the US legal system indefinitely thanks to the Marxists. If they get their way, all of them will be set free. Many of those that Obama has claimed to be minor security threats and who have been set free overseas are not among the command structure of ISIS and al Qaeda. Under Bush, there were 800 detainees. These were extremely dangerous men. Now, we are down to 91 and that number is still dropping thanks to Obama. His plan is simply dangerous. And you can look forward to Obama acting on this with executive action if Congress won’t approve it. You can bet he will. What he has done to America and is still doing is terrifying.