This is great news![1] The five Republicans on the Supreme Court basically gave Obama the middle finger on his climate change initiatives. The vote was split straight down party lines with all the Republicans nixing it and all the Democrats supporting it. This is why the Supreme Court is so important and in such danger. Of course the left is screaming how this will kill thousands of children. They always use children as human shields when they want their way. This time, it’s not working. 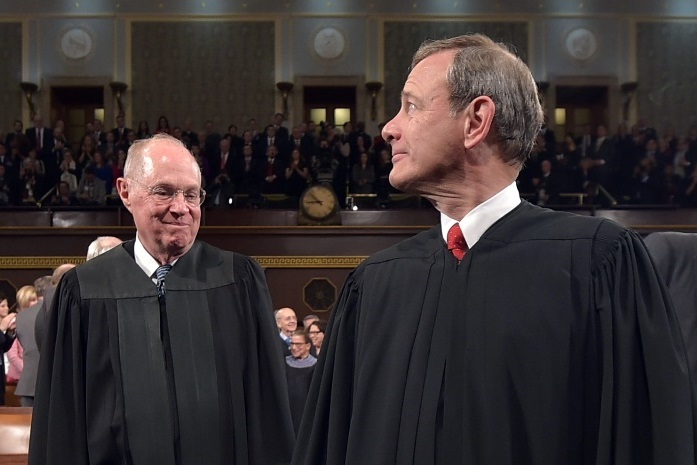 The five Republican members of the Supreme Court handed down a series of unexpected orders[3]Tuesday night, halting environmental regulations that were expected to “avoid thousands of premature deaths[4] and mean thousands fewer asthma attacks and hospitalizations in 2030 and every year beyond,” according to the Environmental Protection Agency. As ThinkProgress has previously explained[5], these regulations “represent the most significant thing America has ever done to combat climate change.”

The justices cast their vote along party lines. All four of the Court’s Democrats voted to allow the rules to go into effect.

The Court offered no insight into its reasoning beyond its vote. Under Tuesday evening’s orders, “the Environmental Protection Agency’s ‘Carbon Pollution Emission Guidelines for Existing Stationary Sources: Electric Utility Generating Units,’ is stayed pending disposition of the applicants’ petitions for review in the United States Court of Appeals for the District of Columbia Circuit and disposition of the applicants’ petition for a writ of certiorari, if such writ is sought.” In effect, this means that the rules will remain suspended[6] until a federal appeals court rules on this challenge to the regulations, the parties challenging the rules seek Supreme Court review, and the justices decide how they wish to handle that request.

Since this case is very complex and since the Supreme Court’s schedule is packed, this order may very well delay these regulations until after Obama vacates the presidency. In fact, they may never go into effect now. I’m good with that. This time, Kennedy voted with his Republican brethren dashing the climate change hopes of the EPA. The phony emergency of global warming has been slowed or halted for the time being here in the US. I just hope that Trump or Cruz get into the White House and then proceed to dismantle the EPA along with a number of other agencies. It will take time to help the coal industry recover and to rebuild energy development thanks to Obama. This is a good baby step.