BREAKING: US Senate Gives Obama Devastating News – This Changes Everything

The Republican Senators in charge[1] of the Judiciary Committee just announced after a closed door meeting that there will be no confirmation hearings on Obama’s Supreme Court nominees period. The meeting took place on the first full session day since Justice Antonin Scalia died on February 13th. This is very encouraging news that the Republicans may in fact hang tough on this issue. Color me surprised given Mitch McConnell’s track record. Maybe an impending Trump presidency has given these guys food for thought as to what will follow. I don’t believe they suddenly grew a set… they are dancing in the political winds here. Obama is still determined to get his nominee one way or another, so there will be a rumble in the Supreme Court. Count on it. 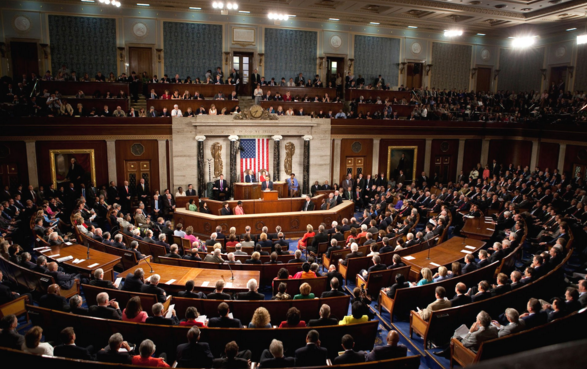 “We believe the American people need to decide who is going to make this appointment rather than a lame duck president,” said Majority Whip John Cornyn.

The Republican members of the Judiciary Committee were unanimous in agreeing not to move forward with any Obama nominee for the Supreme Court, said Cornyn, who was in the meeting. Sen. Bob Corker (R-TN), who was not in the meeting, later said that GOP senators were told at their weekly lunch that the Judiciary Committee Republicans were in unanimous agreement on the strategy.

Sen. Lindsey Graham said that “there’s no use starting a process that’s not going to go anywhere and we are going to let the next president decide,” when asked why there would be no hearings.

They are right, a lame duck president should not be making this decision. It is for the next president to decide on a nominee and for Congress to approve the selected candidate. The Republicans for once are in unanimous agreement on this issue. Democrats are furious and Senate Minority Leader Harry Reid blamed the decision on Donald Trump rallying conservatives against the nomination. Good. If they hate Trump now, wait till he’s sworn in. It’s a pity Republicans haven’t shown more backbone like this in recent memory. One thing’s for sure, things are about to get very, very interesting and contentious.