Bristol Palin Hit With BAD News – Pray for the Family

This is just awful[1] and I am very disappointed in Dakota Meyer over this. Surely he could have worked this out with Bristol, but he didn’t. This strikes me as vengeful. Bristol Palin had their little girl on Dec. 23rd. They had parted ways last May. Now, Meyer is suing for joint custody and child support. However, the Marine Corps Times claims he isn’t seeking child support, so I’m not sure who to believe here. It says he is not seeking it at this time, which sounds suspicious to me. A spokesperson for Bristol Palin, identified as David Martin, also took a potshot at Meyer, saying, “My values are such that a real American hero doesn’t ask for child support.” The baby is only two weeks old. That’s obscene. “For many months we have been trying to reach out to Dakota Myers, [sic]” the former vice-presidential nominee said in a statement to Entertainment Tonight. “He has wanted nothing to do with either Bristol’s pregnancy or the baby.” But now suddenly he does. That’s just shameful. 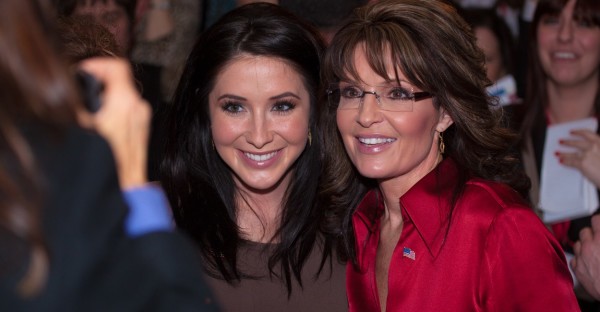 Abstinence activist Bristol Palin was sued for child support as well as joint custody of her newborn daughter by a Kentucky Medal of Honor recipient saying he is the girl’s father, WKYT-TV reported[3].

Dakota Meyer was engaged to the reality TV star until last May. Shortly afterwards, the younger Palin announced that she was pregnant with her second child, saying that the pregnancy was intentional[4].

The girl, Sailor Grace Palin, was born on Dec. 23[5]. Meyer shared a picture of her on Instagram[6], writing, “Best Christmas present ever!! I couldn’t be more proud of this little blessing.”

These are not the actions of a hero. It is well within Meyer’s rights to get joint custody. My issue is with how he is doing this and the timing. “Dakota couldn’t be more excited to be a new father and be the best dad that he can be,” Colbo said in a statement[7] to the Marine Corps Times. “To him, that means being a big part of his daughter’s life. Beyond that he’d really appreciate and thank his friends, supports and the news media for respecting the privacy of each family in this very personal matter.” But Meyer didn’t respect the Palins over this. Not at all. That is unacceptable. Both parents should be a part of the child’s life, but they should both respect each other and not try and dominate the arrangement. Sounds to me like Meyer is handling the situation very poorly and that someone is giving Dakota bad advice. 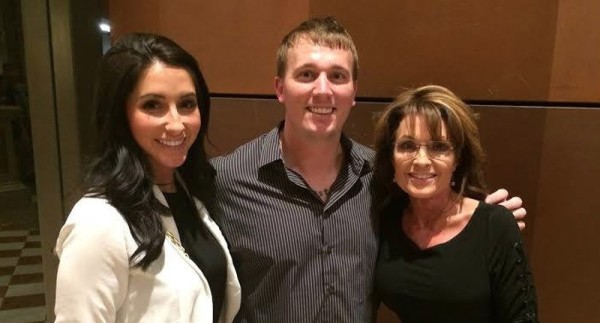