DA WILL Prosecute Whistleblower INSTEAD of Planned Parenthood Body Part Sellers, What!?

That link is here.[1] The link will also be accessible after both events. 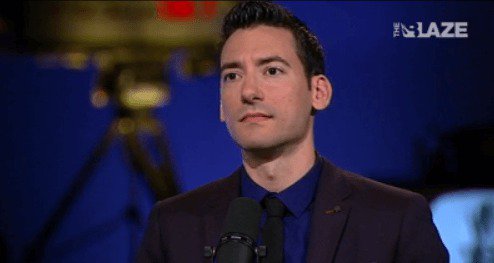 Houston, TX, February 1, 2016 — Minutes after presenting himself to the Harris County court, pro-life journalist David Daleiden is expected to join a coalition of local, state, and national leaders outside the office of District Attorney Devon Anderson.

After a press conference that begins at 11 a.m. Central Time, members of the coalition will deliver more than 110,000 signatures[3] from a LifeSite petition urging Anderson to drop charges against Daleiden and fellow journalist Sandra Merritt — and to turn her office’s attention to lawbreaking by Planned Parenthood Gulf Coast that was unearthed by Daleiden and Merritt.

“By presenting himself to the Harris County Court, David Daleiden is doing something that Planned Parenthood will not — show respect for the rule of law,” said LifeSite spokesperson Lisa Bourne, who will present the petitions at the briefing.

“The signers of this petition as well as the many speakers at the press conference will urge District Attorney Devon Anderson to exercise her authority to overturn this miscarriage of justice and reopen the investigation into the lawbreakers at Planned Parenthood,” concluded Bourne.

Christian Defense Coalition president Reverend Patrick Mahoney has likewise urged Anderson to reverse the grand jury’s indictment. “The tactics of David and Sandra are those used by journalists every day,” said Mahoney. “Yet rather than stop the destruction and exploitation of innocent human life, the grand jury targeted them for engaging in this most important of work — exposing those who profit from the violence of abortion and the diminishment of women.”

Petition signers have urged District Attorney Devon Anderson to override a grand jury’s indictment of Daleiden and his compatriot Sandra Merritt. The pro-life investigators were charged with offering to purchase fetal parts and using fake identifications as part of their work to expose Planned Parenthood’s use of illegal abortions to illegally profit off of the sales of fetal organs and other body parts.

Joining Daleiden, Bourne, and Mahoney will be joined by a diverse group of pro-life leaders from Houston and elsewhere.

“If David’s investigation had revealed evidence of criminal conduct in a meatpacking plant, his freedom would not be threatened,” said Life Legal Executive Director Alexandra Snyder, whose group is representing Daleiden. “The videos would be seen as providing a valuable public benefit and prosecutors would act on the information. We are confident that other agencies will take an objective look at Planned Parenthood’s willingness to engage in illegal activity, including altering the abortion procedure to obtain intact fetal cadavers, that is clearly evident in the videos.

Texas Right to Life Senior Legislative Associate Emily Horne said that Anderson should “drop all charges against David and Sandra, and turn her attention to the lawbreakers of Planned Parenthood who commit injustices against unborn Texas children every day.”

Speaking on behalf of the Houston Area Pastor Council, Grace Church Senior Pastor Garrett Booth said that “The essential role of government is to protect the innocent and punish those who do evil, according to laws of God as per Romans 13 and embedded in the U.S. Constitution.”

“The work of David Daleiden and Sandra Merritt as investigative journalists systematically documenting the widespread trafficking of human body parts by Planned Parenthood across the nation and evidence presented through the Texas Attorney General to Harris County District Attorney Devon Anderson is clear and convincing,” said Booth.

Operation Rescue’s Cheryl Sullenger said her organization had uncovered evidence proving illegal profits by Planned Parenthood. “A special investigator should be appointed to once again investigate Planned Parenthood, which we now know from evidence uncovered by Operation Rescue is unquestionably making illegal profits from the sale of fetal baby parts.”

“David is one of us,” said Students for Life of America Southwest Regional Coordinator Katie Martin. “David is a Millennial and, contrary to the stereotype of Millennials as complacent, David shows the world exactly what this pro-life generation is about. We want to expose the truth about abortion and show that Planned Parenthood betrays women and their babies.”

“There is nothing more un-American than using the law as just another instrument to target our political enemies,” said Right Wing News founder John Hawkins, whose statement will be read at the conference. “As someone who runs a news organization, it’s appalling to see a man targeted for prosecution because he broke one of the biggest stories of the year.”

Thomas More Society Special Counsel Peter Breen, who will escort Daleiden as he is processed at the Harris County court, will also speak at the briefing.

Note: Other speakers may be confirmed as the press conference nears. Updates will be sent to the media as necessary.

There is nothing more un-American than using the law as just another instrument to target our political enemies. As someone who runs a news organization, it’s appalling to see a man targeted for prosecution because he broke one of the biggest stories of the year.  David Daleiden should be a hero of conservatives, Christians, the pro-life movement and anyone who believes the powerful should be held accountable for their actions.

David Daleiden has been targeted for destruction as a message to the rest of us. If you’re pro-life, a conservative journalist or even just a Republican, the message is, “Sit down and shut up or this might happen to you.” That is unacceptable and anyone with a conscience has a responsibility to stand up, speak out and fight back for David Daleiden.

David, all of us at Right Wing News will be supporting you and we hope everyone else who cares about the lives of the unborn will join us.