Looks like Hillary Clinton’s email scandal[1] is now falling under the purview of the Espionage Act. Specifically, the “Gross Negligence” provision. Under the provision, the information doesn’t even have to be classified to be a violation. And the fact that Hillary is claiming the emails were not marked ‘classified’ is irrelevant under the Espionage Act. Ignorance of the law is no excuse here. She did not report the the incidents promptly and she has obstructed the investigation into this at every turn, with new email accounts being found as well as emails turning up as this drags on. Obama is dismissing the whole affair[2] as a non-threat to national security. Except that our enemies now have her emails and it was absolutely a clear and present ongoing danger to the US and her interests. If this were someone not connected, they would go away for life over this. 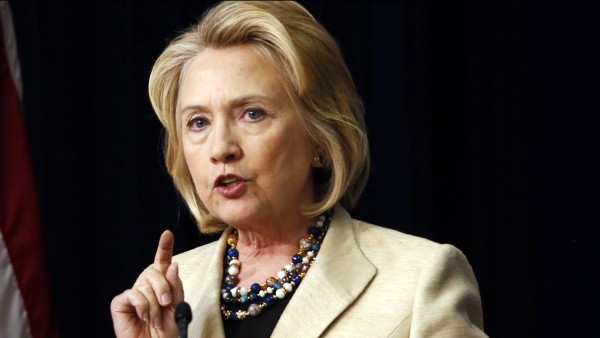 Three months after Hillary Clinton’s use of a private email address and server while secretary of state was referred to the FBI, an intelligence source familiar with the investigation tells Fox News that the team is now focused on whether there were violations of an Espionage Act subsection pertaining to “gross negligence” in the safekeeping of national defense information.

Under 18 USC 793 subsection F, the information does not have to be classified to count as a violation. The intelligence source, who spoke on the condition of anonymity citing the sensitivity of the ongoing probe, said the subsection requires the “lawful possession” of national defense information by a security clearance holder who “through gross negligence,” such as the use of an unsecure computer network, permits the material to be removed or abstracted from its proper, secure location.

Subsection F also requires the clearance holder “to make prompt report of such loss, theft, abstraction, or destruction to his superior officer. “A failure to do so “shall be fined under this title or imprisoned not more than ten years, or both.”

A former FBI agent, who is not involved in the case, said the inconsistent release of emails, with new documents coming to light from outside accounts, such as that of adviser Sidney Blumenthal, could constitute obstruction. In addition, Clinton’s March statement that there was no classified material on her private server has proven false, after more than 400 emails containing classified information were documented.

Clinton and her team maintain the use of a private account was allowed, and the intelligence was not classified at the time, but later upgraded. The latter claim is disputed by the intelligence community Inspector General, who represents the agencies involved, which concluded the information was classified from the start.

One of Clinton’s primary defenses is that the emails containing classified information, did not carry classification markings, but a leading national security defense attorney says that is no excuse under the law.

“The fact that something’s not marked or that the person may not know that it was classified would not be relevant at all in a prosecution under the Espionage Act,” defense attorney Edward MacMahon Jr. recently told Fox.

It is not known what relevant evidence, if any, has been uncovered by the FBI, or whether any charges will ultimately be brought, but Director James Comey told reporters in Washington D.C. on Oct. 1, “If you know my folks… they don’t give a rip about politics.”

On Thursday, a group of national security whistleblowers held a news conference in Washington at the National Press Club to highlight what they characterized as a double standard in these types of cases.

NSA whistleblower Thomas Drake was indicted in 2010 under the Espionage Act for sharing unclassified material with a Baltimore Sun reporter. Drake, who also went to Congress with his concerns about the NSA, said his goal was to expose government misconduct.

He added the whistleblowers’ treatment shows there is a law for the average citizen, and apparently a different set of rules for the powerful.

“But hey, I’m secretary of state,” Drake said in a sarcastic tone. ”Even Obama gave her cover.”

The charges against Drake were eventually dropped. He pled guilty to a misdemeanor, but in the process lost his ability to work in national security and depleted his life savings to mount a defense.

Former CIA officer Jeffrey Sterling also went to Congress with his complaints, but was sentenced in May to three-and-a-half years in prison for violating the Espionage Act by giving classified information to a New York Times reporter. Sterling, who is appealing the case, was also convicted on obstruction of justice charges because a single email was missing from his account, even though the government could not show he was responsible for that.

Clinton has acknowledged deleting some 30,000 emails she considered personal.

He also was ordered to pay a $100,000 fine. Sterling’s supporters said he shared far less classified information with the New York Times.

“Powerful and politically connected individuals accused of the same and much worse conduct receive, at most, a slap on the wrist. Like General David Petraeus who gave away more secret information, classified at a much higher level, to his mistress and received a sweetheart plea deal for a minor misdemeanor,”Jesselyn Radack, a whistleblower and former ethics adviser to the Department of Justice, said Thursday.

“Or Hillary Clinton – she got a primetime TV apologist political spin interview from President Obama himself,” Radack added.

There seems to be a genuine double standard here. One set of laws for ordinary Americans and another for the elite wealthy and politically connected. Security analysts have been sentenced to years in prison for one email that is missing. An email that is not even provable as being deliberately lost or removed. Hillary has destroyed 30,000 emails. What does that tell you? She had at least 400 emails with classified information on her servers as well. The FBI claims to not be political, but color me very skeptical. If that were true, warrants would have been served and her homes and offices would have been torn apart. She would already be behind bars and she certainly wouldn’t be running for the office of president. This is a wicked joke. It’s certainly not justice.