Democrats are going to dig and dig and dig into Trump’s past until they find something (literally anything at this point) that they can use to begin the impeachment process.

One former CIA analyst says that it’s not fair to just investigate Trump for alleged ties to Russia while Hillary Clinton’s illegal activities go under the radar. And we know how the Democrats love things to be fair, right? 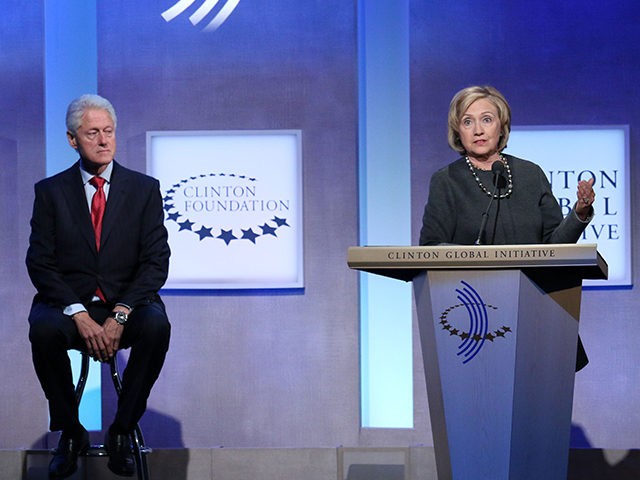 Senior Vice President for Policy and Programs at the Center for Security Policy and former CIA analyst, Fred Fleitz, stated that he hopes for investigations into the illegal activity that occurred during the 2016 Presidential campaign on the Democrat’s side.

Why was the law not enforced concerning the Clinton email server, the mishandling of classified information, the Clinton Foundation, and what I think are numerous instances of foreign governments trying to buy influence with a prospective president?”

“There are clear instances of pay-for-play with the Clinton Foundation. The email server broke so many laws. If I had done a small fraction of the things connected with that incident I’d have lost my job, I’d have enormous legal bills and frankly, I think I’d be serving prison time.”

Unfortunately, he’s absolutely right. The sad fact is justice is not being served in the Hillary Clinton scandals while the Democrats are investigating the President based on something they think happened.

He also hopes that Obama and Lynch are investigated by the Senate.“If they’re going to pursue this route, this relentless series of pointless and false investigations of President Trump, let’s investigate Hillary Clinton and all the criminal activity that she is clearly responsible for.”

And that’s coming from a former CIA analyst, so this isn’t just some guy on the street, this is someone who actually has intellectual authority. I’m glad someone is coming out and saying what everyone (with common sense) in America is thinking.