Just horrific.[1] A woman, who just recently came here from Cuba was kidnapped by a fellow worker at a cleaning service. Mario Perez-Roque grabbed her from her home and dragged her off to his apartment where he had a ‘custom dungeon’ awaiting. When she came to, she was tied to a chair, gagged, with a bag over her head. Two men were involved. She heard them speaking Spanish. They left the house and she was able to free her hands and remove the bag. She was facing a picture of herself. Creepy. She ran for her life and Mario gave chase. He almost got her and had her shoved in his car when a Good Samaritan stopped and confronted him. Mario had her in a choke hold. When our intrepid hero, Gary Messina, threatened to call the police, Mario took off. He was apprehended later that evening. Police are still searching for his accomplice. 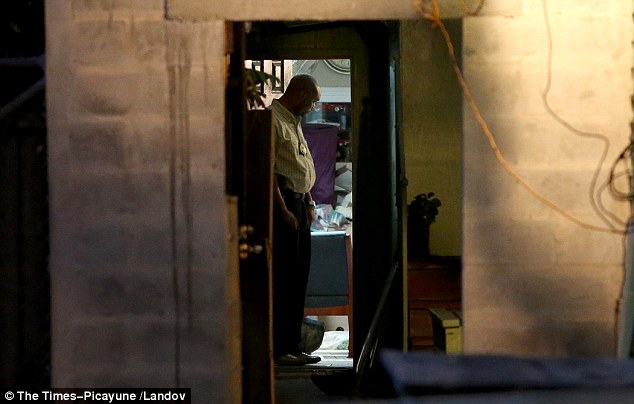 A kidnapped woman’s dramatic escape was almost foiled when her captor managed to catch up to her on the street as she fled from his house of horrors.

The unidentified 36-year-old woman is, according to police, a recent immigrant from Cuba, has only been in the country for a few months and does not speak fluent English.

She was running from a man police have identified as Mario Perez-Roque when Good Samaritan Gary Messina drove by with his wife and son.

He immediately had an uneasy feeling about what he was seeing and got out of his car, he said later.

‘I didn’t know for sure until he grabbed her and turned around and I saw the look on her face,’ Messina told WWL[3].

Messina scared the man off when he told him police were on their way.

Perez-Roque, 56, was arrested Friday evening on charges of kidnapping the woman who he worked with at a janitorial company that serviced the Superdome.

She was kidnapped from her home on Martinique Avenue in Kenner and taken to Perez-Roque’s rear apartment in a shotgun home, where he held her before she was able to free herself and flee.

The woman told police that Perez-Roque once gave her a ride to work and therefore knew where she lived.

However, police believe two men were involved in the kidnapping, and are still searching for the second man.

The apartment where the woman was taken is not owned by Perez-Roque but his brother Jose according to The New Orleans Advocate[4], who neighbors say they saw Friday taking things from the apartment.

They are also reporting that Mario Perez-Roque has a previous conviction in Essex County, New Jersey on charges of kidnapping and attempted murder.

Police meanwhile are investigating whether other women may have been taken to the home against their will in the past, given the elaborate set-up.

Police say the victim worked with Perez-Roque and had turned him down when he expressed an interest in dating her.

Kenner police Lt Brian McGregor described the home as a ‘house of horrors’.

‘We found restraints. They’ve got false walls and everything else inside the house,’ McGregor told the New Orleans Advocate[5].

On Friday, Perez-Roque came to the woman’s house and kidnapped her, bringing her back to the apartment where he gagged her, placed a bag over her head and tied her to a chair inside.

The woman told police that at one point she heard two men whispering in Spanish about leaving the apartment.

She was eventually able to free one of her hands and take the bag off her head to find that she was sitting directly across from a picture of herself.

The woman then managed to take off all of the restraints and she ran out of the house.

After police arrived on the scene, she was able to lead authorities back to the home where she had been held.

Inside they found hidden compartments, false doors and cameras behind two-way mirrors. There were also loose tiles under the bed that covered a small insulated chamber equipped with restraints.

Police said they also found numerous videotapes and DVDs, but would not elaborate on what material they contained.

Perez-Roque was tracked down late Friday in nearby Metairie, Louisiana. He is being held without bond and faces charges of false imprisonment and simple kidnapping.

Police continue to search for the second suspect in the case.

Gary Messina was driving with his family when he saw Mario and the woman. He stopped the car and ran over. One look at her terrified face and he knew this was bad. Thank goodness Messina is the brave man he is and confronted this freak. Inside Mario’s home they found restraints and a makeshift chamber under the tiles beneath a bed. In it was a chair with restraints. They found videos as well. This isn’t the first woman they’ve had there. God knows what happened to the others. If she hadn’t gotten away, I am certain she would have been raped and murdered. She would have just disappeared and been another statistic. She had an angel on her shoulder that day and a hero came to the rescue that she owes her life to. 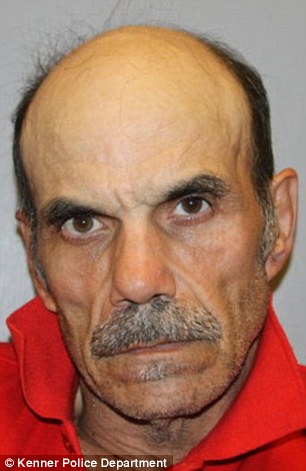 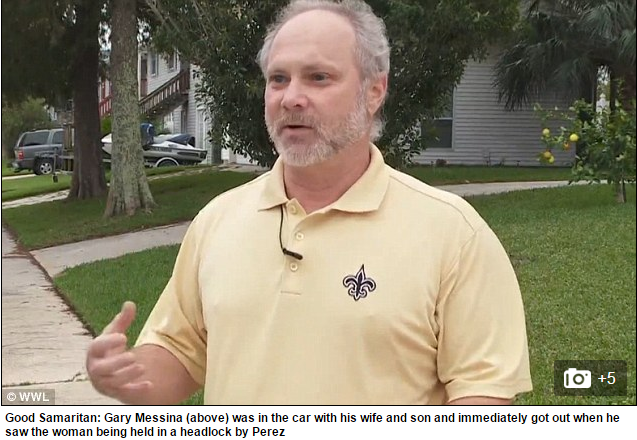 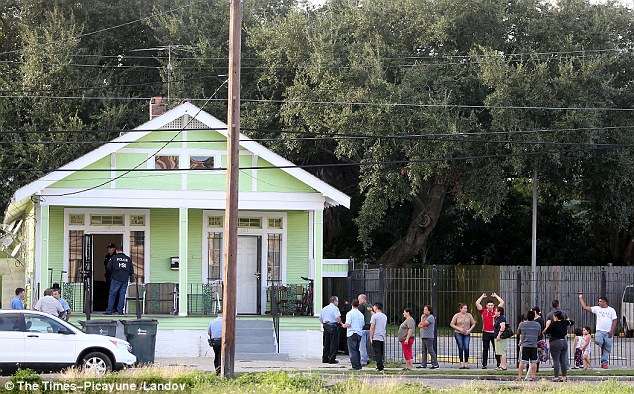 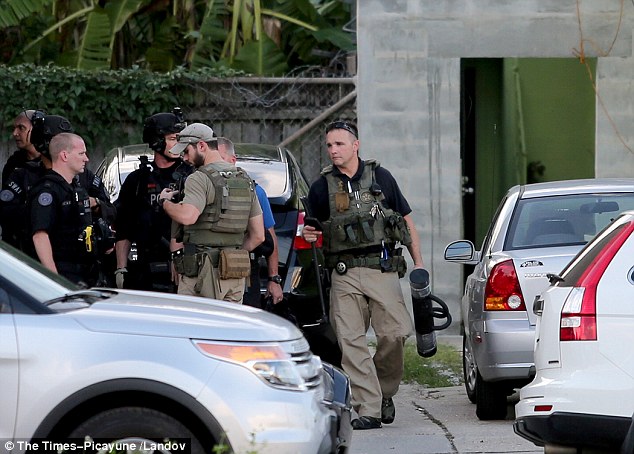