Looks like President Trump pardoning Sheriff Joe Arpaio was a prudent move. Now, a US district judge is considering refusing to rescind Arpaio’s conviction for ignoring a court order. Silly me, I thought a presidential pardon, you know, actually PARDONED the person that it was given to. Trump filed the pardon Thursday and a day later, this leftist judge made her obstructionist statement. I do believe, that the President’s power here exceeds this judge’s, whether she likes it or not.

Trump pardoned Arpaio on August 25th, but U.S. District Judge Susan Bolton says that the federal government is going to have to convince her to drop Arpaio’s conviction. I know! How about disbarring her… that would probably convince her. The Washington Post is claiming that according to Nixon v. United States, a presidential pardon only voids punishment for a crime — it does not necessarily rescind a conviction. Well, it’s settled then because we all know that the Washington Post is staffed with legal experts… not. If federal attorneys fail to convince her, Bolton said she will simply drop the criminal case against Arpaio, but let his conviction stand. And if she does that, I think the Arizona State Bar should be flooded with requests to have her qualifications as an attorney and as a judge reviewed. I also think Arpaio should take this all the way to the Supreme Court if he needs to.

Sheriff Joe was convicted in July of criminal contempt for defying a federal court order to stop detaining individuals suspected of being in the country illegally. In other words, he defied the law to uphold it and now the leftists want some sort of revenge over it. They wanted badly to make an example of Arpaio. He was a tough sheriff who was beloved in Arizona for many years. All he ever did was uphold the rule of law and for that the left wants to destroy him. It doesn’t help that he was one of the biggest and most staunch supporters of President Trump during the election.

Judge Bolton has now scheduled a hearing for next month. Arpaio may be able to argue his case without opposition. His former federal prosecutors have backed his call for the conviction to be dropped, according to AZ Central, but Bolton claimed the federal government didn’t cite any existing precedent to support their request to drop the conviction. Wow, she’s really digging in – she’s got her hate on for Arpaio. This has nothing to do with the law or what is right and what is wrong… it’s about smearing Arpaio.

She was the judge that originally handed down his conviction to begin with. “Not only did Defendant abdicate responsibility,” Bolton wrote at the time, “he announced to the world and to his subordinates that he was going to continue business as usual no matter who said otherwise.” Arpaio’s attorneys are ready as a whole cadre of civil rights organizations are lining up to file motions to challenge the pardon. Funny, they never did this over Obama letting traitors and real criminals go. It shows that they’ll do anything to bring down a good cop. That conviction may stand in the end, but Arpaio will walk. Americans have had just about enough of leftist judges. 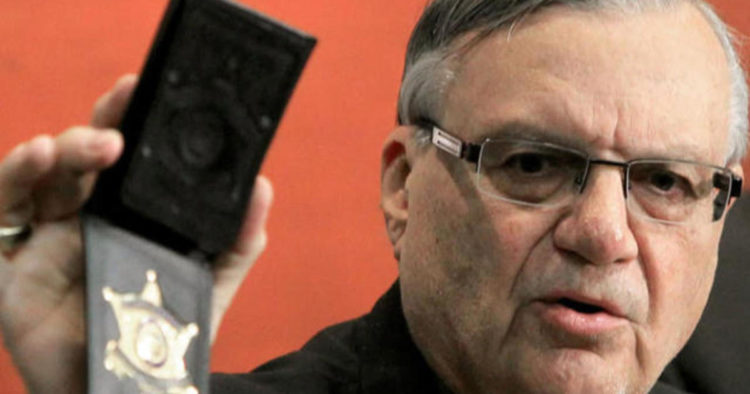