James Comey did have reasons[1] for approaching Hillary’s email scandal the way he did and they all involved Loretta Lynch, it would seem. He didn’t trust her or other Obama officials at the Justice Department. He was afraid they would cover up for the Hildabeast, which they did. I believe Comey… partially. In the end, he tried to please both sides and wound up being hated all the way around. He should have just done the right thing. I also believe him when he says he distrusted the DOJ, but I think he also feared them and Hillary being elected.

The New York Times wrote this weekend on Comey’s go-it-alone strategy. That arose from events such as Lynch and Bill Clinton meeting on her airplane and then lying about what they discussed. Lynch also requested that Comey’s office not refer to Clinton’s email scandal as an ‘investigation’, but as a ‘matter’. Words have meaning and the Obama administration was a master at manipulating them for their benefit. This was an issue just as Hillary would not refer to it as a ‘criminal investigation’, but insisted it was a ‘security review’. 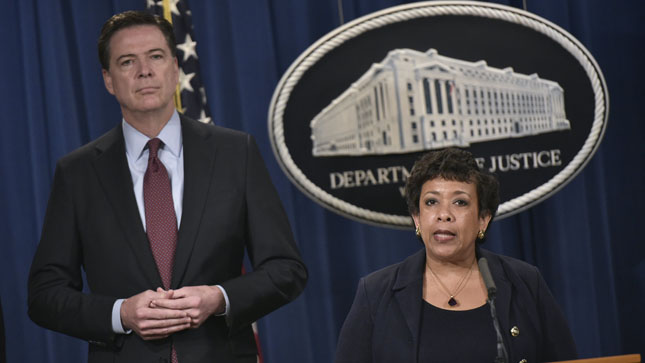 FBI Director James Comey distrusted former Attorney General Loretta Lynch and senior officials at the Justice Department, believing they might provide Hillary Clinton with political cover over her email server, according to a new report published Saturday by The New York Times[4].

The Times described Comey’s “go-it-alone strategy” in the Clinton probe as emerging largely from his suspicions that Lynch and others at Justice might seek to subtly downplay the Clinton investigation.

As an example, the Times reported that Lynch, during a meeting in September 2015, called on Comey to use the word “matter” instead of “investigation” when publicly discussing the case, three people who attended the meeting told the Times.

Lynch reportedly reasoned that the word “investigation” would raise a number of other questions. Furthermore, she argued that the department should maintain its policy of not confirming investigations.

While looking into Russian involvement, our intelligence agencies came across a document that greatly concerned them. It was both a memo and an email. It was written by a Democratic operative who expressed confidence that Lynch would keep the Clinton investigation from going too far, according to several former officials familiar with the document. That alone should get Lynch charged with collusion to cover up wrong doing by Clinton. But it won’t. Wonder who that operative was and what they know.

Comey should have requested at that point for Lynch to recuse herself from the case. But he didn’t. It was a tragic mistake. Comey may be giving excuses and reasons here why he did not trust Loretta Lynch or the DOJ, but in the end he dropped the ball as well and did not carry through with his duty in my opinion. This has the feel of Comey covering his rear as more and more of this comes to light. As John Hawkins indicates in his new book, ‘101 Things All Young Adults Should Know’[5], if you do something, own up to it. It’s called responsibility and it’s something that James Comey seems to not quite grasp. 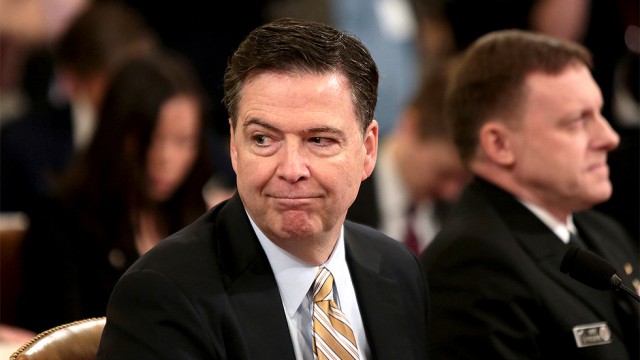