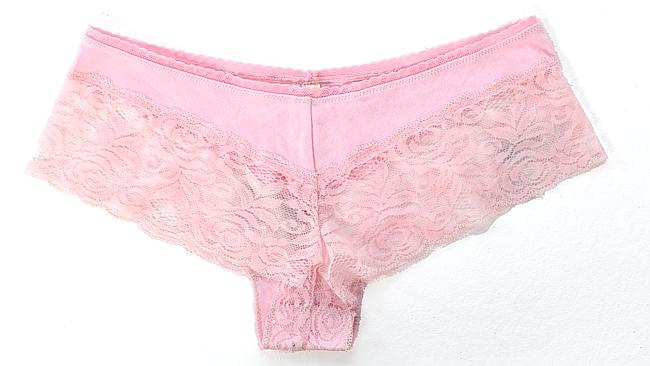 Andrew Walls, 32, from the city of Dover, Delaware, claims the underwear was put on him when he was under anesthesia at Delaware Surgery Center in October 2012.

He is now seeking damages for intentional infliction of emotional distress – in court papers his lawyer states he suffered mental anguish, lost wages and loss of earning capacity.

Mr Walls was an employee of Delaware Surgery Center when he underwent the colonoscopy, reports Delaware Online.

‘When the plaintiff recovered from the effects of the anesthesia administered by defendants, he awoke to realize that while he was unconscious pink women’s underwear had been placed on his body,’ according to the civil damages suit filed in New Castle County Superior Court.

Oh, come on… while of course the staff should not have put a man in pink women’s underwear, really? Emotional distress? Lost wages and earning capacity? Over underwear? Lighten up, guy.