That’s all the evidence we need[1] to confirm that the Obama Administration, the DOJ and the IRS are guilty of harassing and persecuting the conservative Tea Party strictly for their political stance. Transparency does not equate to a witch hunt. But the refusal to disclose documents and evidence screams guilt. They can’t stonewall forever… eventually a court will grant access or a concerted conservative effort will uncover the corruption in this scandal. And that will only be the tip of the most scandalous presidency in US history. Payback will definitely be a bitch – all of these people should get lengthy prison sentences for what they have done. They certainly shouldn’t be in office or in positions of power. 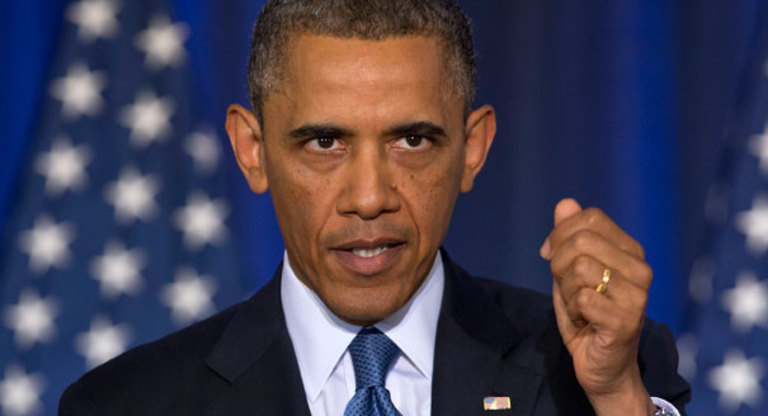 The Obama administration won’t release documents[2] related to the IRS’ targeting of the Tea Party.

The Hill requested access to over 500 documents via a Freedom of Information Act Request (FOIA) that would reveal who in the Obama administration was making the decisions related to targeting the Tea Party.

According to the online newspaper:

The Hill asked for 2013 emails and other correspondence between the IRS and the Treasury Inspector General for Tax Administration (TIGTA). The request specifically sought emails from former IRS official Lois Lerner and Treasury officials, including Secretary Jack Lew, while the inspector general was working on its explosive May 2013 report that the IRS used “inappropriate criteria” to review the political activities of tax-exempt groups.

TIGTA opted not to release any of the 512 documents covered by the request, citing various exemptions in the law. The Hill recently appealed the FOIA decision, but TIGTA denied the appeal. TIGTA also declined to comment for this article.

Representative Jim Jordan, R-Ohio, commented on the Obama administration’s refusal to hand over the documents: “It’s par for the course. We’ve had a difficult time getting information from the IRS and the Department of Justice.”

According to The Hill, Republicans in both the House and Senate are “stepping up their investigations of the IRS.” The GOP lawmakers have criticized both the IRS and TIGTA and have described the administration’s response as stonewalling. The Democrats, on the other hand, are labeling it a witch hunt.

Stonewalling is the calling card of the Marxist Obama Administration. If they say something, you can count on the truth being the opposite. I have never seen so many liars in power who have no compunction about deceiving or fear of being caught. The US government has turned into one big sociopathic free-for-all. Between refusing to release documents, emails being lost and all the obfuscation and lying going on, one longs for a torches and pitchforks event. One will come, no doubt, because prolonged governmental criminal behavior always ends violently. Just ask a communist.