Well, that was a whopper of a lie.[1] Obama came out and said yesterday that violent felons could purchase guns online with no background check. That’s illegal and not true. Lars Dalseide of the National Rifle Association’s Institute for Legislative Action told Townhall[2], “any sale from any licensed dealer first has to go through a background check. It doesn’t matter if he’s selling the firearm at a store, online, or at a gun show. When it comes to online sales, guns can only be transferred to the buyer through a federally licensed firearms dealer – that’s the law.” Yet, Politifact is rating Obama’s statement as ‘mostly true.’ Another lie and more propaganda from Obama’s media sycophants. It was an absolutely shameful lie and Obama knew it when he said it. 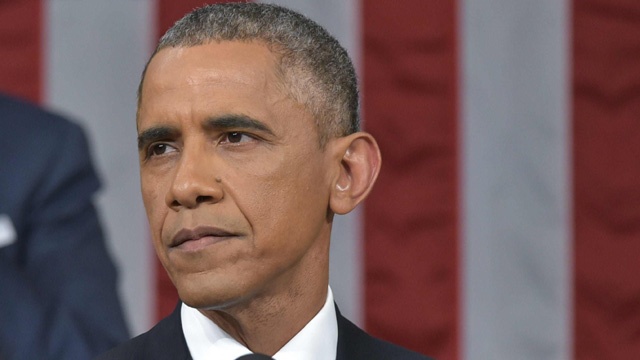 President Obama is addressing the nation on gun violence right now and let loose with this whopper: 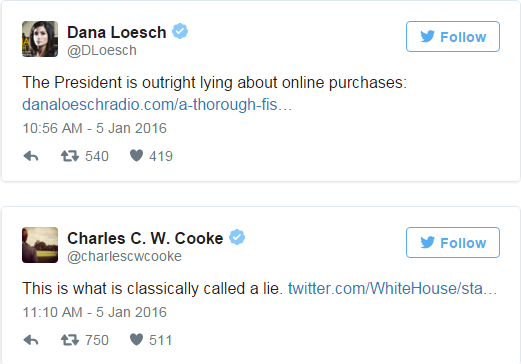 Bud’s Gun Shop, which prides itself as the number one online retailer of firearms in the world, also pointed out that shipping your purchase to a local federal firearms licensed dealer in order for a background check to be conducted is necessary for making the transaction legal in accordance to all state and federal laws. FFL dealers make online purchases legal and without them, as Bud’s tutorial video noted; “the whole process wouldn’t be possible.” Criminals don’t typically buy guns online. They get them in private exchanges, through the black market or they steal them. Obama’s lying is just not cutting it with America. The only think he accomplished with his falsehoods yesterday was to ensure that gun sales will skyrocket once again.