Judicial Watch has done incredible work[1] on uncovering the corruption of the Obama Administration. They are digging deep on illegal immigration and Obama’s refugee resettlement program as well. Judicial Watch has filed a Freedom of Information lawsuit against Obama over this. However, it takes forever to get information that way, if you ever get it at all. So far, Obama and his goons have predictably dragged their feet over this and have hidden everything they could regarding what they are doing. Judicial Watch doesn’t give up though and will dog this until they get answers about the forced Islamization of America and bringing terrorists into our midst. If they do uncover that information, it could bring Obama’s agenda to a screeching halt. You can bet he doesn’t plan on letting that happen until it is far too late. 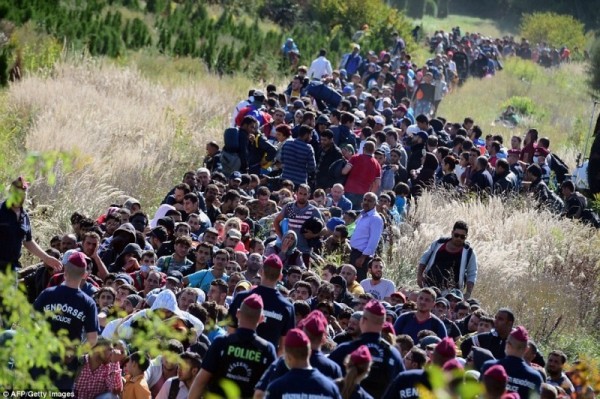 Americans may finally get some answers regarding how the Obama administration has continued to bring thousands of Muslim refugees into the United States despite opposition.

Judicial Watch, which has consistently dogged the White House[4] over immigration and other issues, sought correspondence between the State Department and a network of pro-immigrant private agencies. These records could help explain how almost 100,000 refugees have been allowed to enter 180 American cities and towns every year.

Obama refuses to tell governors and even local law enforcement that these refugees are arriving in their cities. He won’t say how many or where they are going either. The states have rights and if they say that they don’t want these refugees, the president should not be allowed legally to sidestep them and do it anyway. He’s not technically a dictator, but Obama sure acts like it. And he’s getting funding and help from the likes of Paul Ryan and other so-called conservative Republicans if you can believe it. These refugees are not vetted to keep terrorists out – they can’t be. They have no real records to check. Millions are being brought in and you can bet ISIS has infiltrated their ranks. They are coming into our states, cities and neighborhoods and we are not even allowed to know they are coming. It’s hard to protect yourself when you don’t know where the threats are. “The Obama Administration doesn’t want Americans to know about how it places refugees from terrorist states in their local communities,” Tom Fitton of Judicial Watch said in a news release announcing the lawsuit. The fact that a lawsuit had to be filed to get basic information, he said, “should tell Americans (and Congress) that the Obama administration has something to hide about refugees, terrorism, and national security.” That’s just one of many, many things Obama is hiding. When this stuff is uncovered it will rock America to its very core. Barack Obama is an Islamist and the most corrupt president in our history. 2016 can’t come soon enough.