See Why This U.S. Secret Service Employee Was Just Arrested

It’s unclear at this point[1] what this Secret Service employee was tasked with in his position. Lee Robert Moore, who is 37 years-old and from Maryland, has been snagged in an online sting where he sexually enticed what he thought was a 14 year-old girl. He has a thing for 14 year-olds it seems. He sent naked pictures of himself in sexually explicit poses to the girl, who in reality was a state police officer. Oops. He has been terminated and his security clearance is now suspended. He was a bad, bad boy. Doesn’t anyone vet these people anymore? Or are all criminals, including pedophiles now welcome in the White House? The Delaware Child Predator Task Force nailed this guy by setting up two false identities in online apps. He was just dumb and sick enough to fall for it. 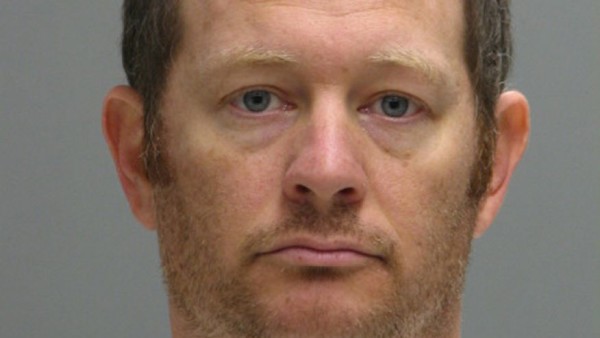 A U.S. Secret Service employee was arrested for sending naked pictures of himself and lewd messages over the Internet to a state police officer posing as a 14-year-old girl. Some of those communications allegedly took place while he was on the job at the White House.

Lee Robert Moore, 37, of Maryland, was arrested on charges brought by the Delaware State Police, including solicitation of a minor, on Nov. 9, according to newly released court documents. His security clearance has been suspended, and he has been placed on leave pending the outcome of the case, according to a Secret Service spokesperson.

The Secret Service said he was not an agent but was an employee, although the nature of his job was not immediately clear.

According to the indictment filed by an undercover agent with the investigative branch of the Department of Homeland Security, an officer from the Delaware Child Predator Task Force created a profile of a 14-year-old girl on two online apps called “Meet24,” and “Kik,” which allow users to transmit messages and images as well as voice and text messages.

“Rob,” who according to the indictment turned out to be Moore, rose to the bait, starting a chat session and sending a photo. Through a subpoena, the feds were able to access Moore’s subscriber information and IP address. By the time they issued the indictment, Moore had allegedly sent naked, sexually suggestive photos, engaged in sexually explicit chats, and suggested they meet in person.

The investigation eventually tied him to his Facebook page and they were able to make a positive identification. The indictment says that Moore is married and lives in Church Hill, Md.

Upon his arrest, according to the court documents, Moore admitted to engaging with the “girl,” and sometimes while he was on the job at the White House. He also reportedly admitted to using “Meet24.” to “communicate with numerous other users whom he believed to be minor, teenage girls,” as he had a particular interest in 14-year-olds.

All Secret Service-issued equipment was retrieved from Moore, and his access to all Secret Service facilities has been terminated, according to the spokesperson. This is one in a string of scandals that the Secret Service has had to deal with over the last several years, the most recent being a March scandal involving two off-duty agents who allegedly showed up drunk to an active investigation at the White House[3].

Moore admitted to all of it. I guess he didn’t have a good attorney to tell him that he should shut it. The whole thing was tied to his Facebook page. So he’s a pervert AND a moron. Bet his wife just loves all of this. His career and life are over. His marriage probably is too. This is yet another scandal that has plagued the service ever since Obama came into power. That says a lot. Some of these interactions with underage teenage girls online were done while Moore was at the White House. Don’t they have any security there? I would think all computers and communications of any sort would be recorded and checked. Silly me… this is the Obama Administration where being a perv is a resume enhancement.