Barack Obama and all these agencies[1] have zero respect for the law. Even though a judge has ruled that this unlawful Amnesty should be stopped, they are moving right on ahead with it as if it is a done deal. The Social Security Administration is saying as much when they state that they expect the ruling to be overturned and things will proceed just as Obama has decreed. It’s absolute lawlessness. Not to mention the fact, we are paying out benefits and there is no real money to fund them. We are bankrupt and this will just overload the system into collapse. Hello Cloward and Piven. Hello Barack Obama and Amnesty. 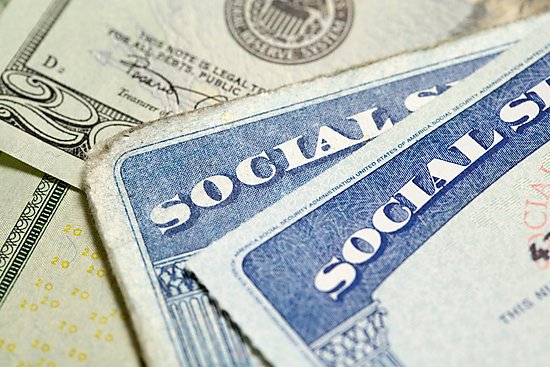 Starting in 2017, the Social Security Administration expects that thousands of undocumented immigrants will begin collecting from the Old-Age, Survivor’s, and Disability Insurance (OASDI) program as a direct result of the president’s actions. In a letter[2] to Republican senator Ron Johnson, chairman of the Homeland Security and Governmental Affairs Committee, the SSA’s chief actuary Stephen Goss indicated that an additional 16,000 people will begin collecting OASDI benefits come 2017, and that the number of beneficiaries would continue to increase for 40 years thereafter, topping out at 695,000 people. Goss’s projection may underestimate the number of potential beneficiaries, however, as it assumes that 50,000 fewer illegal immigrants will enter the country each year starting in 2016.

What’s more, the SSA is proceeding as if nothing has changed in the wake of a federal judge’s injunction against Obama’s November 2014 executive actions. Goss tells NRO that he expects 58,000 new workers will be covered under the OASDI program later this year, although they will not be eligible to collect benefits immediately.

“Based on the best advice and counsel we have gotten, we’re working on the assumption that these [executive actions] will persist,” Goss says. “Most indications we seem to get are that it’s likely that this will get back on track, with some delay.”

Goss notes that a law, additional regulation, or another executive action by Obama or a future president could alter the way SSA calculates and administers OASDI benefits, but says that he does not expect the court’s order will ultimately succeed in changing anything.

The Social Security Administration appears to be the latest Obama administration agency to ignore the federal judge’s injunction, moving forward as if it posed no legitimate threat to the president’s actions. U.S. Customs and Border Protection continues[3] to circumvent the judge’s injunction, adhering to the relaxed border protection and enforcement standards laid out by Department of Homeland Security Secretary Jeh Johnson in the wake of the executive actions. And, as the Justice Department noted last week, the U.S. Citizenship and Immigration Services began granting[4] applications related to Obama’s executive amnesty well in advance of the date authorized by the president.

Apparently, when Republicans in Congress caved to Obama and fully funded DHS — and the president’s executive actions — last month, they paved the way for illegal immigrants to begin collecting benefits from other agencies as well.

The Republicans have fully aided and abetted in this travesty that is strangling the Republic. The Democrats want a permanent voting majority… the Republicans want cheap, slave labor. They all know the system will come apart at the seams, but if they get their 30 pieces of silver first, that’s a development they are willing for the masses to experience. The Democrats are Marxists, but the Republicans are downright treasonous. America’s sovereignty has been sold out with nary a whisper to stand against her enemies from within. More free money for those brought in to invade our country and erase her borders. Shameful.