In case you’ve been hiding under a rock this morning,: the Supreme Court issued its opinion on ObamaCare today[1], with Justices Alito, Scalia, Thomas, and even swing-vote Kennedy voting to overturn the law as unconstitutional, but Chief Justice Roberts joined the liberal wing of the court in voting to uphold it.

The Court ruled that even though it was an unconstitutional violation of the Commerce Clause to force Americans to buy health insurance, the individual mandate survived as a…tax.

It’s not a tax?: Really?: Huh. That’s not how Obama sold this law to the American people. In fact, Obama was quite insistent in arguing that it was: not: a tax.

George Stephanopoulos: “Under this mandate, the government is forcing people to spend money, fining you if you don’t, how is that not a tax? …it’s still a tax increase.”

President Obama: “…no, no, that’s not true, George, for us to say that you’ve got to take a responsibility to get health insurance is absolutely not a tax increase.”

Gotta love how Stephanopoulos brings out the basic dictionary definition and Obama mocks him.: So smug, so very, very smug[3].

The simple story is that: the Democrats engaged in a massive act of deception to pass this law, publicly insisting it was not a tax (although, how could they really be sure, when none of them had actually read the darn bill?!), while having the Solicitor General make the legal argument that the law should be upheld as a tax, not mandatory purchase.

I expect that Obama and the Democrats will take a victory lap today, but their victory will be short-lived.: Romney and the Republican Congressional candidates can now campaign against what is a massive tax increase on the American people.: (UPDATE: Senator Marco Rubio just gave an interview in which he called ObamaCare “a new middle class tax increase.”) 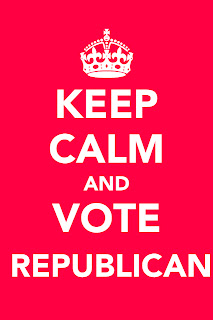 Anger against Obamacare, along with: its incredible increase in wasteful spending, overreaching government: intrusiveness, and explosive growth in bureaucracies,: was the fuel that fed the tea party fire in the 2010 elections.

That’s the silver lining in today’s ruling: I can think of few things that could be more effective in energizing the conservative base to defeat Obama and take back control of the Senate.: Take whatever anger, frustration, and sadness you are feeling today and channel it towards a Republican victory in November.: Donate to Congressional candidates (like Sean Bielat![4]) who have vowed to repeal ObamaCare, volunteer for their campaigns, and drag everyone you know to the polls to vote.

UPDATE: Looks like I was correct. Mitt Romney’s Press Secretary Andrea Saul tweeted that Romney had raised over $100K online in the first hour since the opinion was released:

Over $100k already raised online for @MittRomney[5] for #FullRepeal[6]

UPDATE II:: Romney has now raised almost $400K in the aftermath of the verdict[8]. Should Chief Justice John Roberts have to report an in-kind donation to the Romney campaign?