A really screwed up reality TV courtroom show was left astonished after learning why a woman was suing the wife of her…or his dead sexual partner. The show is called Caso Cerrado – which translates to case closed – and Jennifer, who claims to be transgender with a working penis, is suing the defendant Sylvia, who’s husband, Miguel, supposedly broke her penis when he was struck down with a heart attack… 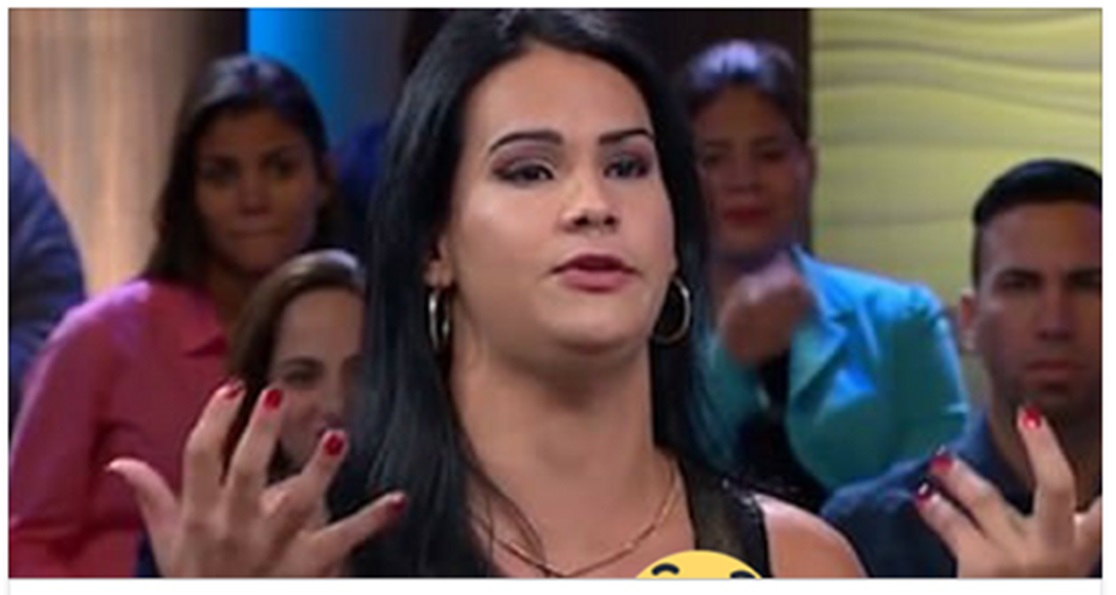 While having sex with Jennifer.

Oh, but don’t worry, Jennifer claims she was hired by Sylvia to have ‘fun’ with Miguel for his 60th birthday.

She spoke with the host, Ana Maria Polo:

‘After we had sex he said I didn’t fully fulfill his fantasy. His real fantasy was that he wanted me to penetrate him. So I had sex with him and he liked it. I didn’t think it was his first experience of that kind.’

She said that she believed Miguel was enjoying it himself, but he abruptly had a heart attack and died while she was…inside the dude.

Anna Maria went on and asked: ‘Why didn’t you get up and walk away?’

Jennifer responded: ‘Because I was stuck, my penis was inside him.’

Jennifer had been the one to call Sylvia and it was her that notified the emergency services. Jennifer said she was embarrassed when ‘all the units in Miami’ came barging into the room where she was only covered by a sheet…

According to the show, Jennifer and Sylvia decided to settle, with Sylvia dishing out $5,000. Now, many commenters have said that the show is a fake and I happen to be one of them. This just goes along with the other crazy fake shows like Jerry Springer, Maury Povich and of course Dr. Phil. How anyone gets a kick out of these shows is beyond me.