Trey Gowdy To DEFIANT Susan Rice: ‘There are other ways to invite people…things called subpoenas.’ [WATCH]

Trey Gowdy reminds me a lot of Liam Neeson’s character in Taken. “I don’t know who you are, I don’t know what you want, but I will subpoena you.”

Seriously, there’s nothing better than watching him warn Susan Rice that whether she wants to or not, she will have to testify before Congress on the unmasking debacle. 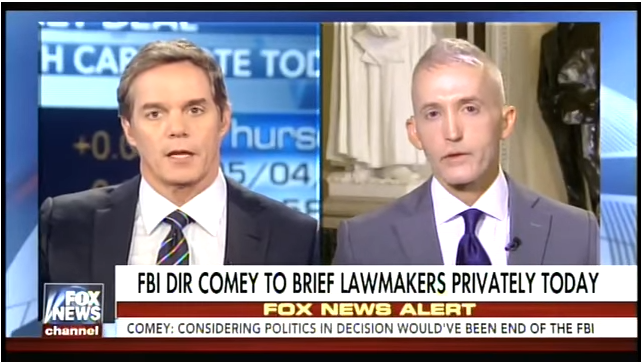 After Rice rejected an invitation to testify before Congress, Trey Gowdy has decided to take the game to the next level, implying that he will simply subpoena her and force her to testify.

“There are other ways to invite people other than via a letter. There are things called subpoenas. You shouldn’t have to use it with a former national security adviser, but if you do, you do.”

He also said that she is a “very important witness” in the case and had a critical role in the unmasking of Trump transition officials.

It’s very telling that she refused to testify, despite the whole country knowing that she had a critical role. If she had nothing to hide, she wouldn’t want to wait until she was subpoenaed to tell her side of the story. She would be aching to get it out as soon as possible and clear her name.

In Right Wing News owner John Hawkins’ new book, 101 Things All Young Adults Should Know[2], he warns young people to judge people based on their actions, not just their words. While Rice might be declaring her innocence, her rejection of the invitation to testify looks awfully suspicious.

While we’re just going to have to wait to see how this pans out, it’s clear that Rice is making an effort to hide something.