Tucker Carlson was on an epic roll last night. I caught his show and was sooo impressed by it that I rewound it and had hubby watch as well. It was riveting. He went over the whole Manafort indictment. In fact, Tucker said this was the beginning of a lobbyist crackdown in DC, which would also ensnare Tony Podesta and his lackeys. If so, that is a very good thing. But there should be a separate special counsel appointed to look into Hillary Clinton and her dealing on the Russian dossier and the Uranium One scandal. Mueller has a conflict of interest and someone else needs to handle that. Tucker’s biggest bomb though was that Tony Podesta is threatening him and Fox News with legal action if they don’t cease and desist. Not going to happen.

This is standard for high-powered attorneys. They threatened Tucker over reading facts from a letter, which is ridiculous. They stated it was a copyright violation. Bwa ha ha ha ha! That will never stand up in court. They have their panties in a twist because a week ago, Tucker did a report that claimed former Trump campaign chairman Paul Manafort and Washington, D.C.-based lobbying firm, the Podesta Group, were the focus of Special Counsel Robert Mueller’s probe into potential Russian interference in the 2016 presidential election. And guess what? They are. Tony Podesta resigned from his firm yesterday and the company is morphing into a new entity a la ACORN. 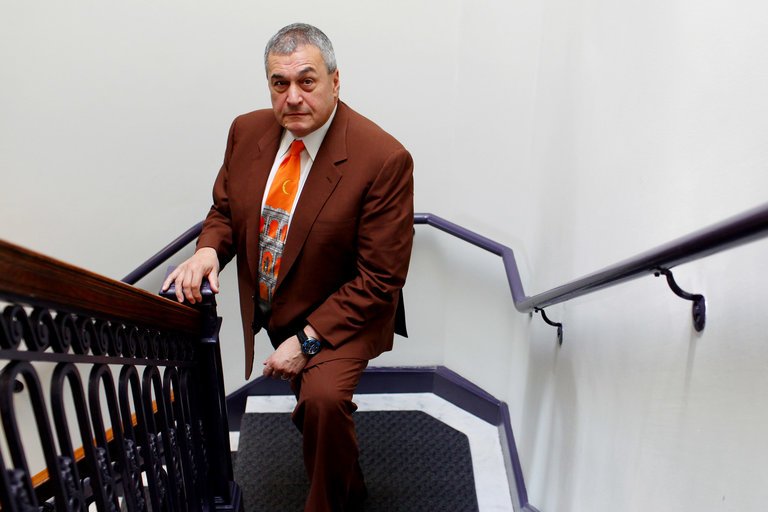 Podesta is blaming Fox News and Carlson for him having to resign and for getting him in hot water with Mueller. That’s not Tucker’s fault, you jackass. You made that bed, now sleep in it. The Podesta Group has been in bed with Russia for many years and has made millions in profits. Manafort worked for both Russia and the Podesta Group before signing onto Trump’s campaign. Tucker says that he and Fox News have an airtight paper trail and solid facts proving all of this. In other words, he told Podesta and his high-priced attorney to pound sand. I love it.

“[T]oday Tony Podesta resigned as head of his company,” Carlson said. “His excuse? Us. That’s right. He blamed us. In his parting statement, Podesta said this, quote, ‘It is impossible to run a public affairs firm by Fox News and the right-wing media. Well, Podesta isn’t just complaining about us — he’s threatening us. This afternoon, we got a letter from Geoff Garinther. Its a lawyer with Venable LLP, a big law firm here in DC. The letter demands that this show, quote, ‘immediately cease and desist disseminating false and misleading reports about Mr. Podesta and the Podesta Group.’”

“It demands we retract and delete all our prior reporting on the Podesta Group and warns if we don’t do this, quote, ‘Mr. Podesta may pursue legal action, including for damages, in order to fully protect his rights,’” he continued. “It doesn’t stop there. It also warns we will face legal action under the Copyright Act merely for quoting from this letter publicly, as we just did. The most amusing line, though, is this one: Quote, ‘Paul Manafort did not work with the Podesta Group in its representation of the European Centre for a Modern Ukraine.’ That’s what the lawyer’s letter told us. Apparently, that lawyer hasn’t read the Manafort indictment yet.”

Indeed, because it’s all in the indictment, which makes this even funnier. Tucker read directly from the indictment that stated there was a connection between Manafort and the European Centre for a Modern Ukraine and went on to declare the network was “not intimidated.” That warms my heart. My hat’s off to Tucker who did a fantastic job on all this.

“Podesta’s lawyer wasn’t trying to inform us of anything, but to threaten us — to shut down our reporting on his client,” Carlson added. “One lawyer we talked to earlier today said the Podesta people have used this tactic with others before. It’s common — it’s an effort to use fear to control press coverage. We are not intimidated. We have ample evidence from Mueller’s indictment, from a number of confidential sources to paint a pretty clear picture of exactly what the Podesta Group was doing for years here in Washington. We’ll let the facts speak for themselves. And we’re confident the Mueller investigation will be revealing a lot more about Tony Podesta’s lobbying practices in the near future.”

“In the meantime, if you’re looking for a summary of all of this — here’s the one-sentence Cliff note to the whole affair: The chairman of one major presidential campaign colluded with the chairman of the other major presidential campaign to enrich themselves by secretly advancing the interests of a foreign adversary. That happened. That’s the swamp they told you that needed to be drained.” Yes, this is the real swamp and always has been. For over ten years, Trevor Loudon and I have warned about the Russians. They have compromised politicians on both sides of the political aisle. People are going to be shocked at how awash DC is in Russian and Chinese money and influence. Let the games begin.