Utah Nightmare: He whispered, “I’m going to kill you.” Then this happened… [Video]

Two sisters in Utah are very, very lucky to be alive today.[1] Wednesday, Robert Berger broke into their home and started attacking them. He kicked the younger sister down the stairs and set about attacking Bre, the older sister. He whispered to her, “I’m going to kill you.” She begged that he take her and leave her sister alone. He pinned her to the floor and stabbed her multiple times in the stomach and leg. He had the knife to her throat and she expected to die at any moment, when a stranger came in through the hall. At first, Bre thought it was an accomplice. But lucky for her, it was an officer. He told Berger to drop the knife and when he did not comply, the officer shot him once, point blank in the head, dispatching his wicked soul straight to hell where it belongs. That officer is their hero in blue and I hope he gets a commendation out of this. What a nightmare. 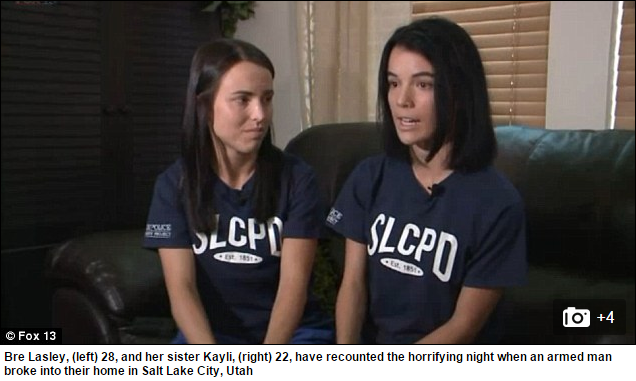 Two Utah sisters have opened up about the horrific night a man broke into the home they share and threatened to kill them.

Bre Lasley, 28, was terrified when 48-year-old Robert Berger came into her room on Wednesday just before midnight.

Berger later kicked Lasley’s sister Kayli, 22, down the stairs when she rushed in to help, setting off a scuffle where the knife-wielding assailant stabbed the older sibling in the leg and stomach.

Bre told Fox 13 that he threw her to the ground and knelt on her arms while telling her that he was going to kill her and get her sister.

She saw the attacker choking Kayli up against a wall before she tackled him.

‘You can kill me just please don’t kill my sister,’ she said after Berger pinned her.

After being stabbed multiple times, Berger allegedly had the knife to Bre’s throat when an unknown man come down the stairs, according to Fox 13[3].

Though Bre thought that the stranger could be Berger’s accomplice, she realized it was a Salt Lake police officer.

The officer reportedly asked Berger to drop the knife several times before shooting him dead with one shot to the head when he did not.

He has been placed on administrative leave as authorities investigate the shooting.

Kayli had run to a neighbors house for help, though they had trouble reaching emergency services and an officer was already down the street, according to the Salt Lake Tribune[4].

The policeman was responding to a family called 9-1-1 when Berger broke into the room of a two-year-old child in another nearby home.

Mark Widlund, the mother’s boyfriend, has attempted to fend off the intruder with a hammer before his girlfriend ‘jousted him out the window’ with a lamp, according to the Deseret News[5].

Widlund said he later heard a gunshot after screams of a woman down the street.

‘He was our angel,’ Bre Lasley said of the officer.

Berger had a criminal history that included aggravated robbery from an incident that involved a kidnapping charge.

He was recently paroled on September 15.

Berger was enrolled in a center to help him transition to the community, but had not been seen at the facility since Sunday when he checked out for a medical appointment.

The sisters, who had only moved into their home a week before, are safe and recovering at their parents house.

However, the incident has not left them unscarred.

‘Whenever I close my eyes I seem to have that image of him coming into my room,’ Bree Lasley told Fox 13.

They had only been in the home for a week when this happened. This dirt bag had a long criminal history, but for some reason, was out on parole. He was into robbery and kidnapping, but it looks like he was graduating to murder. Thankfully, he was stopped. The girls are now staying at their parent’s home. They are traumatized, but they will live and get past this. That’s more than you can say for the scum that tried to kill them, thanks to a very brave police officer. Berger broke into another home before he got to the girls’ home and the parents of a two year-old fought him off with a hammer and a lamp. Thus, the police arriving as fast as they did to save Bre. Nightmares aside, these girls were very fortunate indeed. 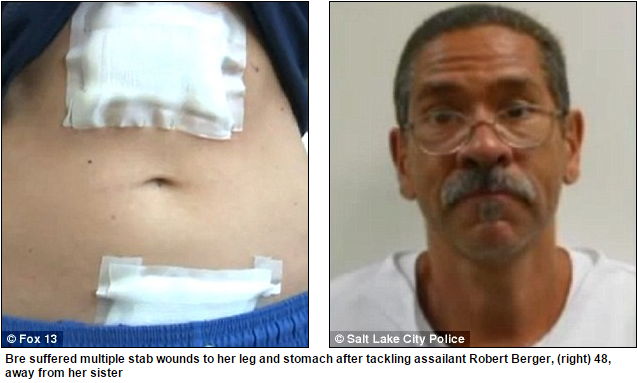 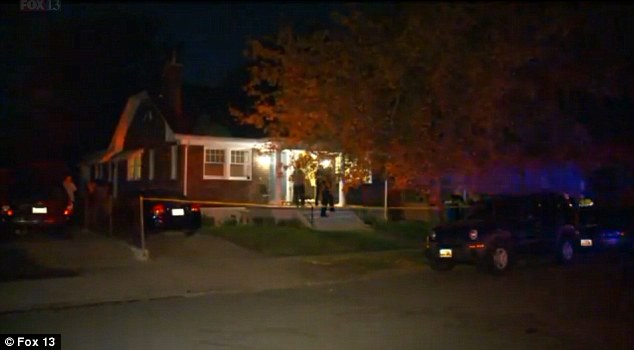 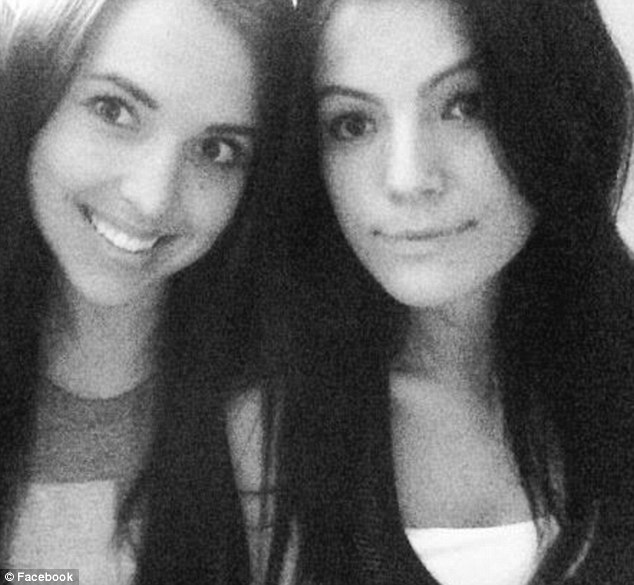