Every heard someone say he could call a penalty on every play in a professional football game? Well, that is getting to be true off the field as well. Every day, you’re probably breaking laws that could lead to you spending years in prison without even realizing it. Anthony Brasfield could tell you all about that. 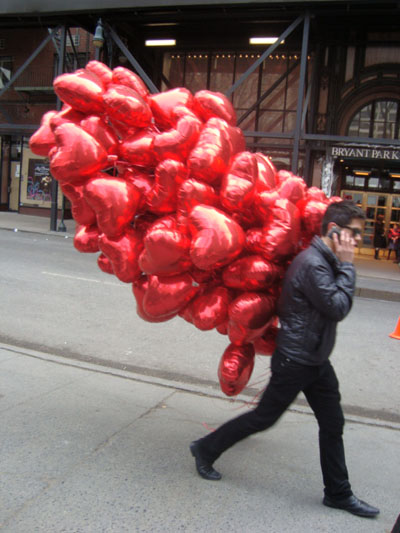 When Anthony Brasfield released a dozen heart-shaped balloons into the sky over Dania Beach, Fla., for his his sweetheart, all he wanted was to create the perfect atmosphere of romance. What he created instead was a court date.

According to the Sun-Sentinel newspaper, Brasfield’s act of love was witnessed by a Florida Highway Patrol trooper. What he saw was not an act of love but a felony.

The trooper arrested Brasfield and charged him with polluting to harm humans, animals, plants and everything else living under the Florida Air and Water Pollution Control Act.

…What is amazing, however, is the severity of the crime – it is a third-degree felony that is punishable by up to five years in prison.

Brasfield has already been arrested. Imagine him having to plead for a pardon to keep from spending the next five years of life in the pokey. Not for assault, robbery or murder, but for releasing balloons to impress his girlfriend. I guess he’s lucky he didn’t break a noise ordinance trying to sing her a song or he might be facing some really hard time.