Larry Lessig, a Harvard professor, was briefly a Democratic candidate for president last year…VERY briefly. Now he’s come out of his dark place to say that there is a plan being put into place by a growing number of electors to thwart Donald Trump. 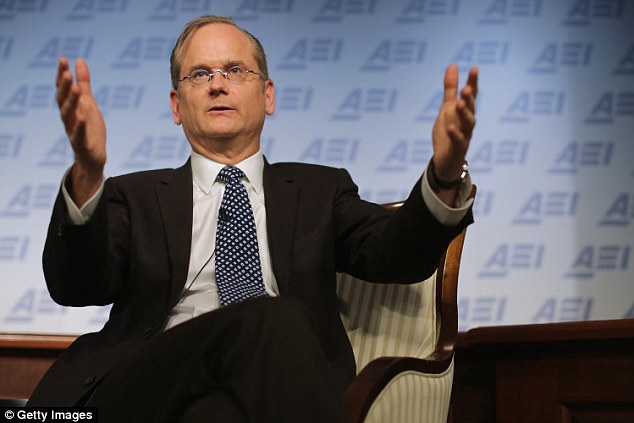 He is claiming that he has heard from 20 Republicans who are seeking to defect from Trump and choosing to become ‘faithless electors’[2].

I call BS..but there is more.

He also claims that is ‘more than half’ of the number that is needed to keep Trump from becoming president.

‘Electors have a solemn responsibility under the Constitution and we support their efforts to have their questions addressed,’ campaign chairman John Podesta said.

Whatever. Why are we even listening to the people who have already been proven to be complete morons and SNAKES before, time and time again? They are proving themselves to only be sore losers and their so-called fight for the ‘truth’ of the election is RIDICULOUS!

They need to get over themselves and while they are at it…they ought to build a bridge and get over it too.

Stop this madness of continuing to try and create a plan to thwart Donald Trump from becoming President. It’s not going to work.

The problem is, they won’t give up and continue to create further chaos. There is a separate group of electors whose votes are bound to loser Hillary Clinton and they are using those to back their challenge against the laws that require them to vote for the candidate who won their state.

‘Obviously, whether an elector ultimately votes his or her conscience will depend in part upon whether there are enough doing the same,’ Lessig told Politico. ‘We now believe there are more than half the number needed to change the result seriously considering making that vote.’

Politico says that Lessig did not provide evidence of his claim, which counters public and private whip counts.

Believe all you want sir. Come 2017…Great America is back and Obama’s America is toast.