Arctic Global Warming Expedition Canceled Because of too Much Ice

A big expedition headed to the Arctic to study global warming had to be canceled this month because… there was too much ice in the way of the expedition’s ships. 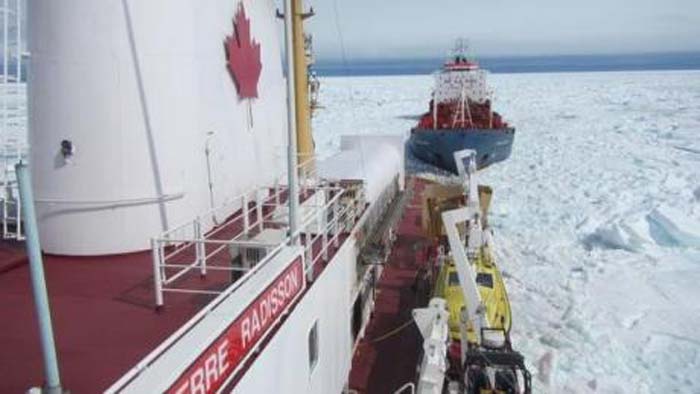 One has to wonder if these guys employ any introspection to notice the irony?

Twitchy has the story[1]…

A research expedition to study the effects of global warming aboard the Canadian Coast Guard icebreaker Amundsen is on hold as the icebreaker is needed to do it’s primary job — break up ice.

According to a Coast Guard officer, the icy conditions are the “worst he’s seen in 20 years“:

A carefully planned, 115-day scientific expedition on board the floating research vessel, the CCGS Amundsen, has been derailed as the icebreaker was called to help resupply ships navigate heavy ice in Hudson Bay.

“Obviously it has a large impact on us,” says Martin Fortier, executive director of ArcticNet, which coordinates research on the vessel. “It’s a frustrating situation.”

During the summer, the Amundsen operates as a floating research centre with experiments running 24 hours a day. This year it was scheduled to reach North Baffin Bay.

But the icebreaker has been rerouted to escort commercial ships en route to resupply communities in Northern Quebec on the eastern side of Hudson Bay.

Johnny Leclair, assistant commissioner for the Coast Guard, said Tuesday conditions in the area are the worst he’s seen in 20 years.

Seriously. Do these guys understand “irony”?