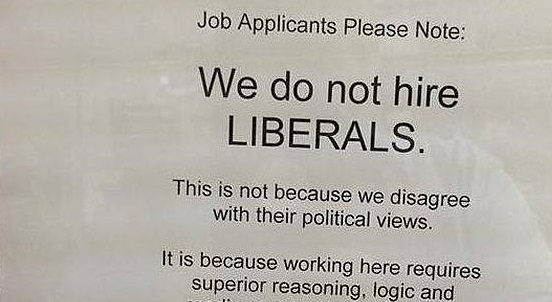 This store owner is no joke and really breaks down the reasons why a hiring business owner does NOT want to hire a liberal. Holding absolutely NOTHING back… 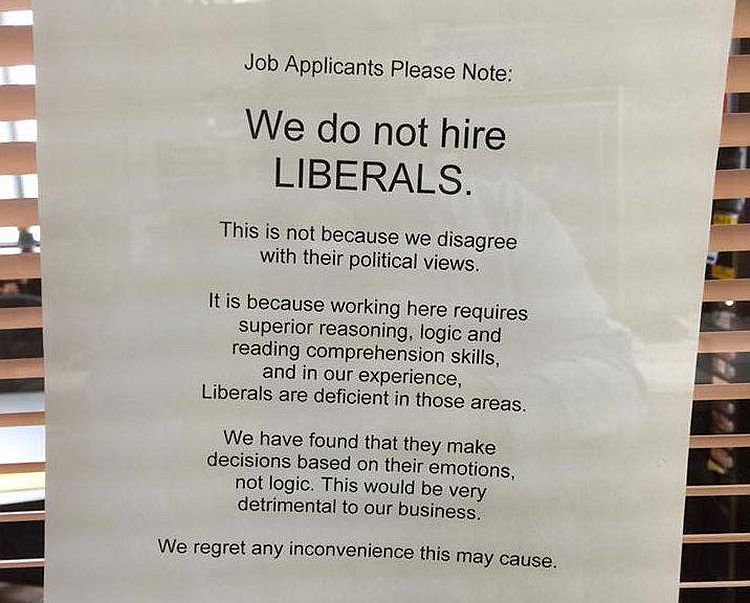 Of course, why would they? So many things that liberals advocate now days are so ridiculous they make zero sense in the real world where real people exist. They lack the ability to think even just two steps ahead of themselves to understand what the consequences of their actions might be…and that’s just a whole lot of chaotic crap waiting to happen there, that unfortunately does not only affect them, but all of us!

A good example of this would be their utter contradiction when it comes to police and firearms. There is the liberal who thinks that only police should have the right to carry a gun and then on the other hand, sits the liberal social-justice keyboard warrior who thinks that all police are racist and there is nothing more to them.

Do you see how disconnected they are with reality? They continually choose to live in a delusional world and their delusional world is what causes them the most grief…nothing, everything and anything else OTHER than themselves as they like to believe.

You know because they can’t do wrong and when they do…it’s always someone else’s fault.

It is why they lost the election.

Modern day liberalism is a plague. In fact, I often find liberals comparable to zombies.

The Zombie Apocalypse is here folks. It is here and it is already plaguing our nation. The zombies are good for nothing, brainless lazy a-holes who walk around everyday with no actual goals other than to spread their disease through their mouth. The whole while…moaning and groaning over everything and anything because their brain was eaten by disease and their IQ has become non-existent.

If you have a brain that you like to use, beware of this plague, do not get bit.

Speaking of the liberal zombie…how about we take a moment to learn some survival skills.

This is how you deal with a social justice warrior whose been infected with the modern day zombie virus. You may want to take notes.