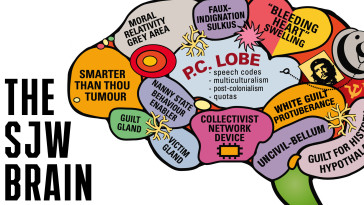 The uber-Liberal and Democratically controlled city of Boston has often been called the most racist city[2] in the U.S. How can that be? It’s run by Progressive Democrats! Nearly 82%[3] of Bostonians voted for Hillary Clinton! Yet

(USA Today[4]) Baltimore Orioles All-Star center fielder Adam Jones was berated by racist taunts at Fenway Park while a bag of peanuts was thrown at him Monday night, calling it one of the worst cases of fan abuse he has heard in his career.

“A disrespectful fan threw a bag of peanuts at me,’’ Jones said, “I was called the N-word a handful of times tonight. Thanks. Pretty awesome.’’

Jones, one of just 62 African-Americans on opening-day rosters[5] this year, said he has been subjected to racist hecklings in the past at Fenway Park, but said this was one of the worst experiences of his 12-year career.

Here’s the thing: is there any proof of the taunts? The article is based simply on his word alone. Though, in a Progressive city, would anyone be surprised? However, Jones has a history of making racial accusations that cannot be backed up by, you know, facts. Evidence.

We can play the “did it or did it not happen” game, we have zero evidence either way. Here’s where it runs off the rails. He made a claim that he heard about 60 people were ejected from the game, the Red Sox said that the ejections were about half that (which would seem normal), and that the fan who threw the peanuts was ejected, as he should be. Then

Jones was grateful the fan was caught who threw the bag of peanuts toward him into the dugout, but wishes the punishment was much more severe.

“It’s pathetic,’’ he said. “It’s called a coward. What they need to do is that instead of kicking them out of the stadium, they need to fine them 10 grand, 20 grand, 30 grand. Something that really hurts somebody. Make them pay in full. And if they don’t, take it out of their check.

“That’s how you hurt somebody. You suspend them from the stadium, what does that mean? It’s a slap on the wrist. That guy needs to be confronted, and he needs to pay for what he’s done.

“At the end of the day, when you throw an object onto the field of play, the player has no idea what it is. What if something hit me right in the eye and I can’t play baseball anymore. Then what? I just wear it? No.

He has a point about things being thrown on the playing surface. That, though, happens. I was at a Canadians-Hurricanes playoffs game here in Raleigh years back and a Canadians fan threw a bag of popcorn over the boards and on the ice. Around 30 people pointed right at him, and security escorted him out. This was before the game started. Anyhow, Jones had a fit[6] over a can of beer being thrown at another Orioles player while in Toronto. He also made vague accusations about hearing racial taunts in the same Progressive city of Toronto at the same time. Adam Jones has been known to trash talk to fans and make gestures when playing away games.