Border Patrol did America a huge favor, this is EPIC

It’s good to know that the officers working at the Canadian/American border make great choices and stand for the right thing. They were all action and no talk when they encountered a group of eight women headed to an event in protest of Donald Trump.

Eight anti-Trump women, traveling from Quebec to the Women’s March in D.C. were DENIED entrance to America! There was a two hour search, fingerprints, photos taken, warnings were given and the eight traveling protesters were sent home! 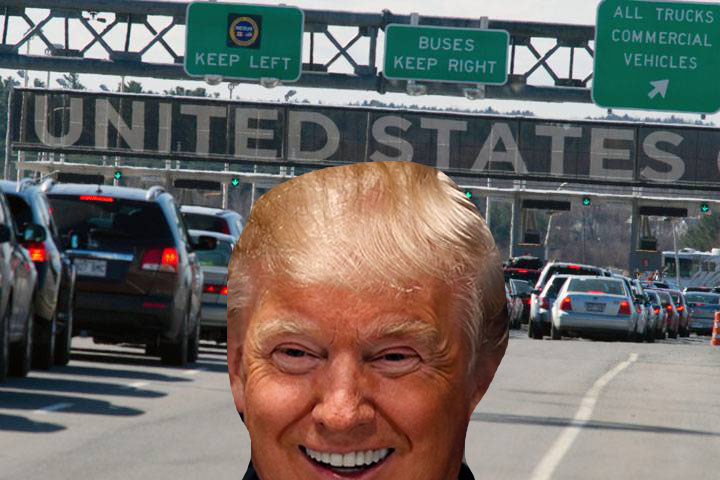 The Guardian[1] reported – Montrealer Sasha Dyck was part of a group of eight who had arranged online to travel together to Washington. Divided into two cars, the group – six Canadians and two French nationals – arrived at the border crossing that connects St Bernard de Lacolle in Quebec with Champlain, New York, on Thursday.

The group was upfront about their plans with border agents, Dyck said. “We said we were going to the women’s march on Saturday and they said, ‘Well, you’re going to have to pull over’.”

What followed was a two-hour ordeal. Their cars were searched and their mobile phones examined. Each member of the group was fingerprinted and had their photo taken.

Border agents first told the two French citizens that they had been denied entry to the US and informed them that any future visit to the US would now require a visa.

“Then for the rest of us, they said, ‘You’re headed home today’,” Dyck said. The group was also warned that if they tried to cross the border again during the weekend, they would be arrested. “And that was it, they didn’t give a lot of justification.”

Great job to the border patrol agents for refusing their entry. They were headed to a terrible event that excluded pro-life women, left tons of trash on the ground and seemingly accomplished absolutely nothing. Should the women have been admitted? Probably, but they’re French and Canadian, so our Presidency doesn’t matter to them anyway. They were just being useless snotty women protesters and I think we had enough of them at the Women’s March. You know, the place where pro-life women weren’t allowed to go?

How’s it feel not being allowed to go somewhere?

This sign, for example, makes less than zero sense. We all know men’s razors have been overpriced for years. Maybe if this person was a little more in touch with reality and took a peek outside of her self-entitled little bubble, then maybe she would notice that we’ve been paying a lot for razors. What planet do these women live on that they don’t know men’s razors are one of the most overpriced items in their precious stores?

These delusional women must be out of touch with reality. I can buy a lobster for less than the cost of a pack of razors! 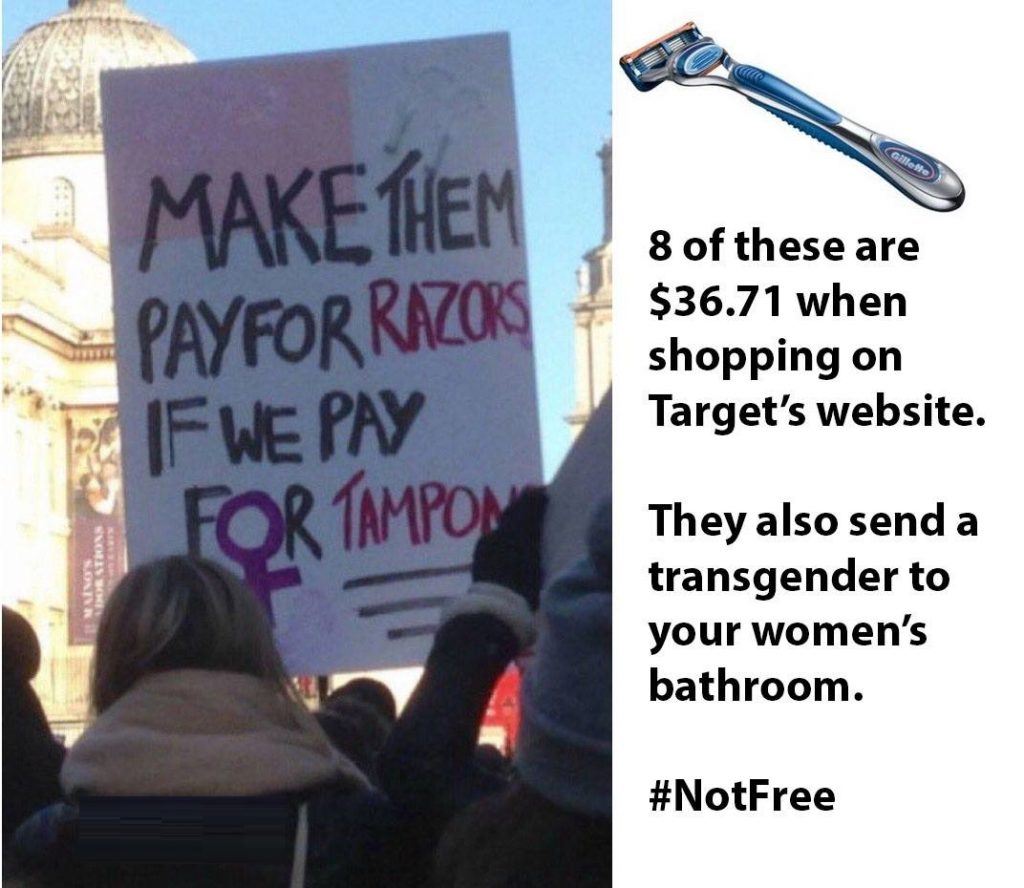