These guys cannot be serious. Thanks to Obama’s Executive Amnesty bull, everyone who is on American soil, legally or not, is somehow now ‘entitled’ [1]: 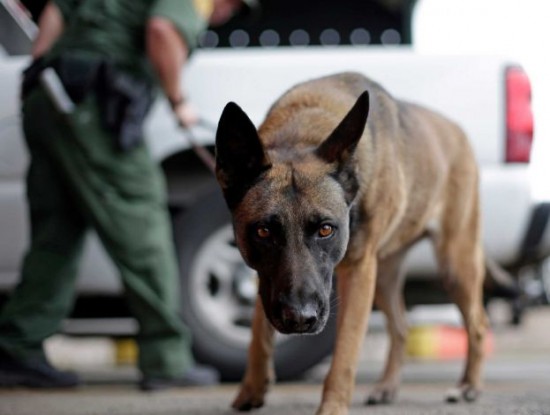 You can’t make this stuff up.
Via inquisitr:
Illegal immigrant Jose Manuel Marino-Najera is suing the Border Patrol over dog bites he sustained after entering America illegally and carrying drugs into the country. Marino-Najera claims his human rights were violated after United States Border Patrol officers unleashed canine agents on him before he was arrested on a “cartel controlled” section of the Mexican border.
Jose Manuel Marino-Najera reportedly became an illegal immigrant after choosing to have coyotes – human smugglers, help him get across the U.S. border with Mexico. To garner the help of the coyotes, Marino-Najera allegedly had to agree to tote a large bag full of marijuana for the drug cartel.
A band of illegal immigrants made it into Arizona and reportedly decided to get some rest beneath a tree while recovering from alleged dehydration. Jose Manual Marino-Najera and his fellow border crossers fell asleep under the Arizona tree and were awakened only after a Border Patrol dog bounded onto the scene and began sniffing at the bags of marijuana.
Marino-Najera claims a Border Patrol dog was “mauling” his hand as he woke up and saw the agents. The illegal immigrant alleges that the U.S. Border Patrol agents ignored his cries and shots for help and allowed the dog to “tear apart” his hands for “several minutes.” According to the lawsuit claims by the illegal alien, the Border Patrol agents did not call off the dog until they walked over to arrest him.

Well boo freaking hoo. Maybe you should have tried entering legally instead of carting weed and sneaking in. Just a thought. You deserve nothing other than swift deportation and a permanent ban from this country.

Maybe Canada will take you.