If You Can Relate To These 6 Signs, You Are Probably An Out Of Control Liberal

Of course there are more than 6 ways to determine whether you’re a liberal, but Downtrend[1] compiled the top ways of finding out whether you are completely out of touch.

Not everyone who is out of touch is a liberal and not every liberal is out of touch, but if you can relate to these six items, you might want to give yourself a serious reality check, because you must be living on the moon. 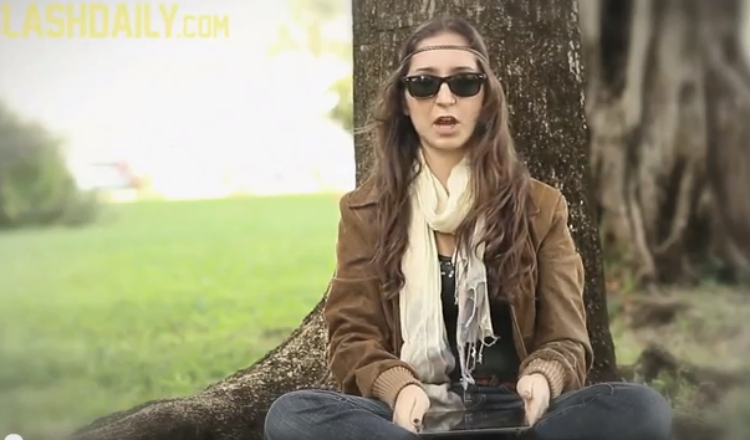 You’ve probably heard the narrative promoted by the wigglejaws on MSNBC: George W. Bush caused that terrible recession that we just experienced!

What, pray tell, did George W. Bush do to cause that recession? His signature economic legislation, including the Bush tax cuts, was passed in 2001. More tax cuts were passed in 2003. How did either of these laws cause a recession which began in 2007?

The fact is this: a bunch of banks made stupid real estate loans. The real estate market crashed, and everything went sour. George W. Bush had nothing to do with it.

#2: Your “news” comes from Comedy Central hosts like Jon Stewart or Trevor Noah.

Jon Stewart is a funny guy. That’s the problem if you get your news from him. He’s a funny guy. He’s not a news anchor. He pretends to be one, of course, but that’s part of the act.

Maybe you should consider getting your news from a news source instead of a comedian.

#3: You watch MSNBC as a legitimate source of news.

Maybe we should clarify the point that we just made above. If you give up watching Jon Stewart and switch to MSNBC, you’re basically just watching a 24-hour version of Jon Stewart without the comedy.

A black man was in the White House and Oprah Winfrey is a billionaire. Really, what are you worried about?

#5: You believe that raising taxes helps the economy.

Some liberals sputter the following nonsense: “Bill Clinton raised taxes back in the 1990′s and look how good the economy was back then!”

There are several reasons that the economy was great back in the 1990′s. Raising taxes wasn’t one of them.

#6: It comes as a surprise to you that regulations on the insurance industry is causing companies to raise their premiums.

If you’re an out-of-touch liberal, you probably think it’s pretty cool that ObamaCare mandates that insurance companies are required to cover “children” up to 26 years old.

It may surprise you to learn, however, that the additional coverage is actually going to cost insurance companies money. And how will they raise that money? They’ll raise premiums, of course.

Really. You didn’t see this coming?

As I stated above, these are only 6 of MANY signs that you’re a liberal, but if you actually believe these things, you clearly don’t know how the economy works, nor are you wise enough to realize that legitimate news doesn’t come from hyper-liberal comedians behind a desk. You’re out of touch and need to visit the real world to truly learn how things work.