‘Charlamagne tha God’, an American radio presenter and television personality, learned quickly what happens when you ‘befriend’ or try to build a bridge between to divided sides to find some understanding with someone who thinks differently than a liberal. 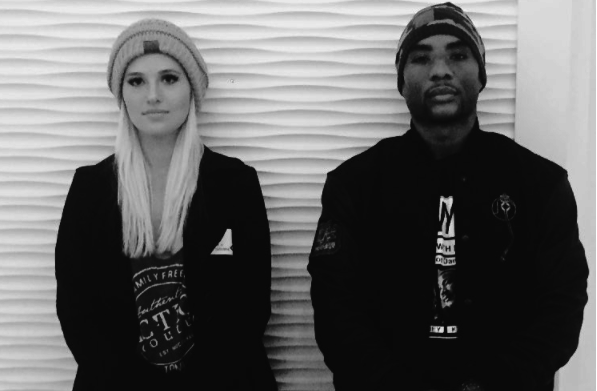 These are the very people that throw themselves to the ground crying ‘it’s not fair’ yet claim they’re open minded and tolerant of everyone.

The man met with Tomi Lahren to communicate with her and try to find some understanding between their two sides and he took heat for it immediately after, when a picture of them was shared on the Internet as proof of their meeting.

On his own show, he was then GRILLED over his decision to meet with her and it’s clear that people were butt hurt about it all, and he sets them straight LIVE on air.

“Do you want diplomacy or do you want division? I’m talking to Tomi because I care about the rhetoric that comes out of her mouth, because she has influence. The narrative she paints about Black Lives Matter is dangerous. The same way people can hit her up on social media and tell her how wrong she is, I can meet with her [in person] and tell her the same things. I don’t like talking about people. I like talking to them.”

Now that doesn’t sound unreasonable right? We know when it comes to Black Lives Matter that we’ll have to agree to disagree, but that’s what communication allows. Without actually communicating, even that is impossible and all you’re left with is misunderstanding and all the things your mind makes up about another when it does not know the truth. This of course just creates more anger and hatred….over something simply ‘thought’ up in the mind without knowing the truth.

Bad communication and simple misunderstandings have caused absolute destruction between nations who have gone to war because of it.

What Charlamagne did is not something for liberals to throw him in the dungeon over, but that is not how they see it at all.

They prefer to try and change minds by screaming, insulting, accusing and calling people racist. There is no solution in that, only chaos.

Charlamagne went to Twitter to speak a little truth:

Would be dope if a young black or Hispanic liberal used social media to create a Platform to be a voice like Tomi Lahren did.

Charlamagne is referring to a platform. A figurative place where someone can spread a message to a great number of people. In this case, Charalmagne simply would like someone with an opposing view point of Tomi Lahren to use a similar platform. Of course there’s plenty of that on… pick your news channel, but his point is one of diplomacy, not hate and division.

you are real condescending… and on top of that giving a voice and giving props to someone who perpetuates racist ideologies. a joke. https://t.co/6bFwcqVyow[4]

@cthagod[6] this is some of the dumbest isht ever tweeted. Apparently you don't follow "woke" WoC. #FuckOuttaHere[8] https://t.co/ZgvtEGZ0Qz[9]

Check out the audio for ‘The Breakfast Club’… even his closest friends seem to be so bitter they can’t see past their hatred…yikes.

It appears although Charlamagne has good sense, his liberal friends prefer to keep using their bully tactics and taking to social media with their fight as keyboard warriors do. They don’t seek balance or solution, nor do they want any sort of leveled discussion with the opposition of their stance.

They just want to be angry.

Someone please give them a Snickers.