Chick-Fil-A Testing New Meals Promoting Family Togetherness – Will Liberals Find A Way To Be Offended By This?

When I came to Oklahoma[1], they didn’t have many of the places we used to eat at out west. But what they did have was Chick-fil-A. I had never been to one and now I love them. They are looking to boost their dinnertime business by offering family-style meals and they look very, very good. They kind of remind me of Boston Market. They will be offering two sides with the meal, including new choices of mac-and-cheese and bacon baked beans. The meals also come with eight mini-rolls and one entree. They cost $29.99 and will directly compete with KFC.

They will roll out these meals in three cities to begin with: Greensboro, North Carolina; Phoenix, Arizona; and San Antonio, Texas. If they test well, they will offer them nationwide. They look awfully good to me. Oddly, dinner is the least busy meal for Chick-fil-A. I guess lunch must be their big seller. Family-style entree options include 30 chicken nuggets, 12 chicken strips or four chicken breasts… either grilled or fried. Side options include bacon baked beans, a fruit bowl, mac and cheese, a salad or a superfood side (kale and broccolini with dried cherries, nuts and a maple vinaigrette dressing). 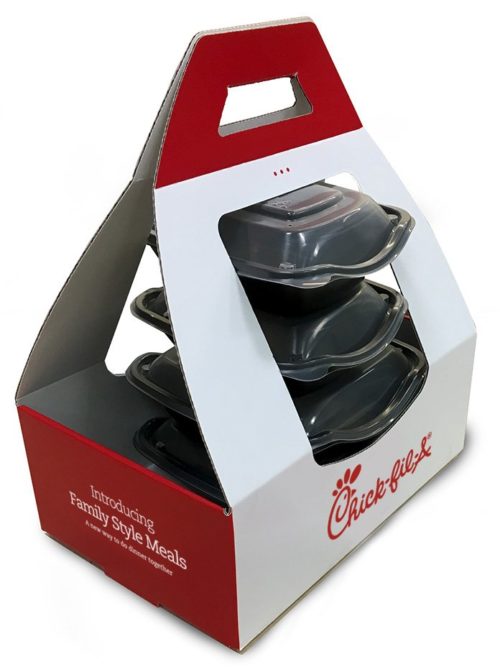 In an effort to boost business during dinner time, Chick-fil-A began testing family-style meals[3] in select cities Monday with a view to making them available nationwide.

The meals, intended to serve four people, are priced at $29.99 and include one entree, two sides — with new choices of mac-and-cheese and bacon baked beans — and eight mini-rolls.

Chick-fil-A describes the beans as kettle-cooked, slightly sweet and flavored with brown sugar and bacon. The mac-and-cheese is prepared with a blend of cheddar, Parmesan, and Romano cheeses.

According to Matt Abercrombie, Chick-fil-A’s menu development manager, the company is working to boost its popularity during dinner, the chain’s least popular meal time.

Customers can choose from five side options: bacon baked beans, mac-and-cheese, a salad or the superfood side of kale and broccolini with dried cherries, nuts and a maple vinaigrette dressing.

The beans are kettle-cooked and slightly sweet, flavored with bacon and brown sugar, and the mac and cheese is served with a blend of cheeses including cheddar, Parmesan and Romano. Darn it, now I’m hungry. Sigh. They will test the meals in those three cities until Nov. 18th, when they will decide if they will take it national or not.

Chick-fil-A actually interviewed parents in Dallas, Texas to find out what they wanted in a meal and then went from there. I have no idea what they are, but Chick-fil-A is including five “conversation starters” in the packaging for its family-style meals. The meals will be available through the drive-thru or inside the restaurant. They will be available on their app at a later date.

Liberals already hate Chick-fil-A because of its conservative Christian overtones. They close their restaurant on Sunday and that just irritates the heck out of the left. Now that they are getting even nommier, the liberals are going to be beside themselves. I’m sure they will find some way to be offended. 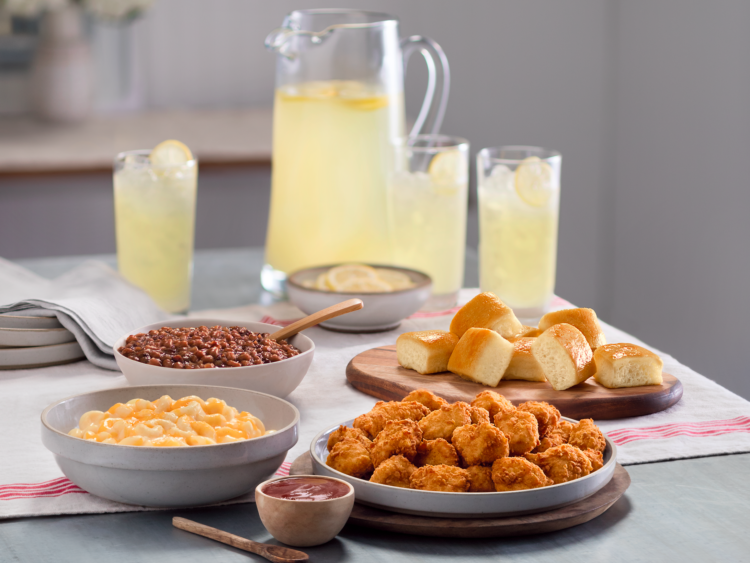