The people that were protesting[1] the Dakota Access Pipeline (DAPL) are simply put, dirt bags. Last week, police and the Standing Rock Sioux Tribe removed the protesters blocking the building of the pipeline. Protesters claimed it would hurt the environment and the Native Americans. No, but the protesters certainly did. They left a literal environmental disaster[2] in their wake. If the filth isn’t cleaned up before the snow melts, it will leak into the tribe’s water supply. Gross. I thought I heard somewhere they even found a dead body amidst all the garbage. These liberals are filthier than pigs wherever they squat. I’m sure the Sioux are glad to see them gone.

And it gets worse. These jerks brought dogs with them and then deserted them when they left. They have found more than 20 dogs left behind. Six of them were puppies, for Pete’s sake! The dogs suffered from frost bite, wounded paws, hypothermia, starvation and other ailments. That’s just beyond cruel. And you don’t hear a peep about this in the media. It really, really ticks me off when people mistreat animals like this. These protesters are the scum of the earth. And I mean that. 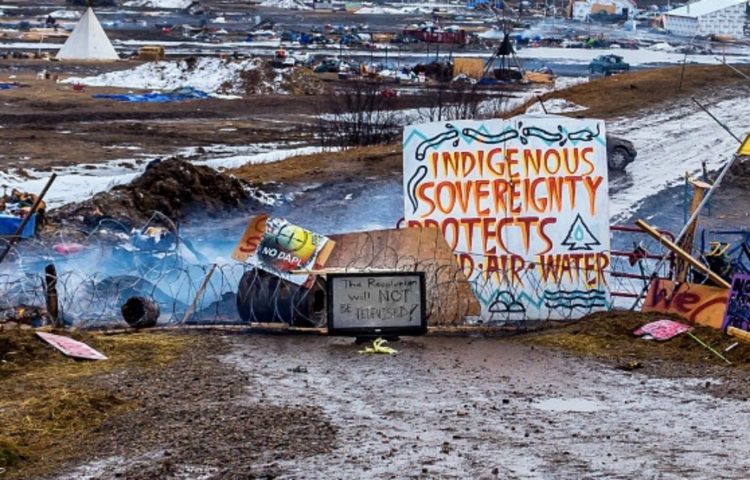 From The Washington Free Beacon[4]:

More than a dozen abandoned dogs at the protest site do not have permanent homes and an estimated 20 dogs are left at the site, according to MyNDNow.com.

Furry Friends is still working hard to locate these dogs and place them in good homes.

Julie Schirado, founder of Furry Friends noted that some of the dogs have frost bite, wounded paws, signs of hypothermia, and other potential ailments.

One problem is that the protesters left the camp behind so full of garbage that it is difficult to locate the dogs.

“It’s a mess down there, so it’s really, really hard to find these animals and get them,” Schirado said.

Another difficulty is that loud machinery is being used in the cleanup effort, making it hard to catch the dogs.

Authorities are trying to clear the camp of debris before it fills with water and garbage leaks into the tribe’s water supply.

Thank goodness for the group Furry Friends Rockin Rescue. They have stepped in to try and catch the dogs, patch them up and find them good, loving homes. There should be a special place in hell for people who do this kind of thing. “Extremely sad being these guys were left behind. But we offer, Furry Friends offers hope. I mean there’s so much hope within Furry Friends as far as these puppies finding homes,” said Tiffany Hardy, a Furry Friends volunteer. “If we can offer them luck and offer them a home, we’re going to try and find that for them.” “It’s a collaborative effort for everybody. We thank our law enforcement and all the people helping clean the site up,” said Julie Schirado, founder of Furry Friends.

The group is doing all they can to help these little dogs. “If they stay with us, we help them find their fur-ever home. If somebody has left the dog behind and they’re looking for that dog, we hope they’ll contact us so we can help them find their dog,” Schirado said. I wouldn’t hold your breath on that one. Those interested in helping can go to furryfriendsrockinrescue.org[5] to donate items. The organization is looking for food, blankets and money to help pay for vet bills.

So, these morons want to save the planet, but don’t care if they let innocent dogs die in the process. You people are sick in the head and the soul. Show’s you just how caring they are, doesn’t it? Hypocrites. 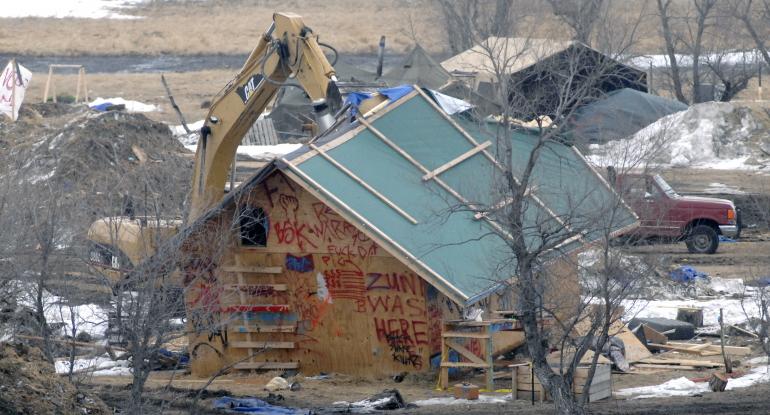