When former Vice President Al Gore in 2013 sold his stake in the cable television network he founded, Current TV, it was reported that the prophet of global warming doom made some $70 million from the deal. Yay for him. Guess that left him plenty of money for all his leftist propaganda and gas for his Hummer. Hypocrite. 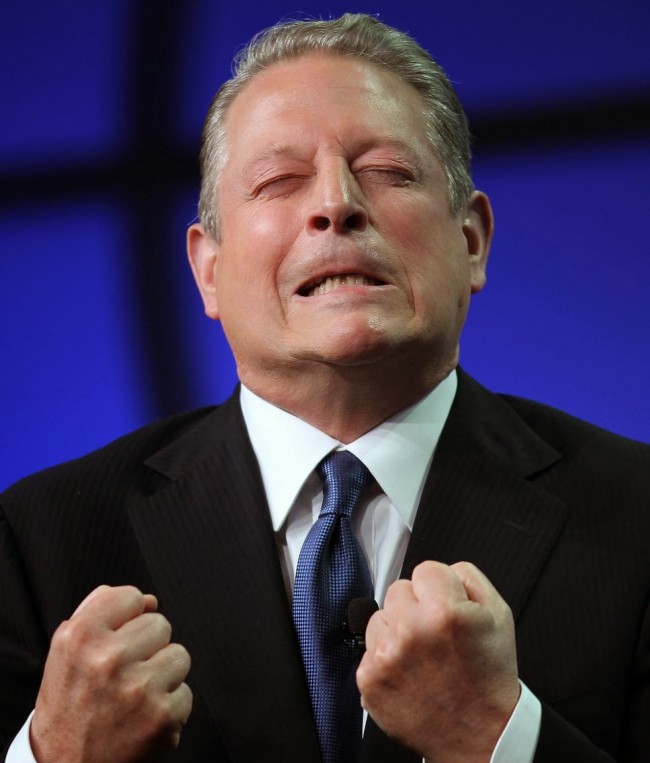 In a much-publicized transaction, Gore sold his struggling Current TV to a media entity for whom money appeared to be no object. Gore’s buyer, you may recall, was Al Jazeera, the Qatar-based network financed by the virtually limitless oil money of Qatar’s ruling family.
And while Al Jazeera America (AJAM), which launched in August of 2013, was billed as a direct competitor to CNN, HLN, MSNBC, and the Fox News Channel, it never really gained much traction with American viewers.

Now the network’s scarce and scrawny chickens of poor performance are coming home to roost.

Headquartered and run from very pricey studios on the first floor of the Manhattan Center in New York City, AJAM tried desperately to build a liberal audience with its passionate embrace of left-wing causes, its near-constant defense of radical Islam, and its habitual bashing of Fox News.

Only recently, in a post on its website dated January 12, 2015, Al Jazeera accused FNC — the massively successful rival network — of “bigoted ignorance” and “peddling ignorance.”

Well, as breitbart.com reports, it looks like the sector-dominating Fox News Channel is getting the last laugh as Al Jazeera America collapses, eliminating all of its U.S.-originated morning programming: “Instead of producing its own programming, the basement-rated cable news network will simply re-broadcast Al Jazeera programs from its parent studio in Qatar.”

It’s noteworthy that the Qatar-based Al Jazeera has long been criticized as a “terror network” and propaganda organ, widely denounced by critics for airing and seemingly promoting messages from al-Qaeda leaders.

In his Breitbart post concerning AJAM, media writer John Nolte ascribes the network’s dramatically shrinking program lineup to its political irrelevance and its failure to gain any influence with the far left among the viewing audience.

Since its launch in August of 2013, not a single AJA story has ever had any kind of impact on the American news narrative.

Not a single interview, YouTube moment, or AJA report has ever been anything other than a tree in a forest that no one heard fall.
There’s no definitive word yet on the fate of the on-camera personalities of the cable net that bought its way into America’s TV marketplace by helping to make Al Gore a very rich man.

But it’s a likely bet that some of those broadcasters who came from major news operations at CBS and CNN might be grappling with second thoughts about their career choices.