Congresswoman HUMILIATES Herself On AIR, Struggling To Explain Why Trump Should Be IMPEACHED [VIDEO]

Liberals tend to be crazy in general, but then you have the rare breed that is insane on a whole new level. Maxine Waters falls into the latter category and Donald Trump is now the target of her crazy. But the good news is, the only person she’s making a fool of is herself — and she’s doing it on live television[1]. 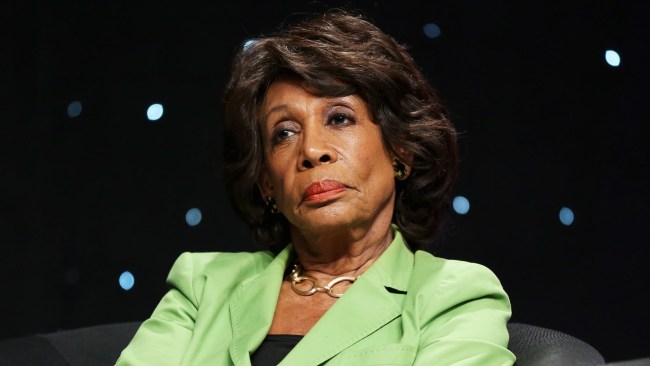 Waters appeared on “Hardball” on MSNBC, where she tried to argue that Trump should be impeached. Her reasoning? Trump is an “illegitimate” president because of his “collusion” with Russia. But even host Chris Matthews was confused by what she was trying to say. “If there’s some sort of — as you call it — collusion,” he asked. “Then what? Does that make Trump subject to impeachment? Just generally, tell me what you mean by the term.”

So, Trump should be impeached because he came up with a nickname for Hillary Clinton?

Waters continued with her babbling nonsense, and it only got worse for her. “Well, I think that at the point that investigations discover and confirm and can document any of that role in helping to strategize — they had a role in attempting to determine the outcome,” Waters said. “That in many ways they used the information they got when they hacked into emails, etc. — if that was used against Hillary Clinton in some way, yes I think that’s impeachable.”

Of course, Waters has a history of insane behavior towards Republicans. In 2012, she attacked John Boehner and Eric Cantor, saying, “I saw pictures of (John) Boehner and (Eric) Cantor on our screens. Don’t ever let me see again in life those Republicans in our hall, on our screens, talking about anything. These are demons.”

She also attacked the Tea Party, because they were… too patriotic. Or something. “I was amazed. I really was. I didn’t say anything to anybody. I just watched: The Republicans were out there, they were having a great time. They were laughing, they were waving the American flag, they were egging them on, and I thought that was outrageous behavior. I really did,” she complained.

Clearly, this is not a woman who can be relied upon for common sense and logical thinking.