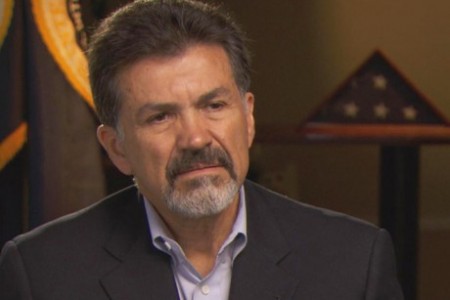 “You, in many cases, for all I know all the cases, were the man who was briefing members of Congress dozens of times, including Nancy Pelosi, when she was one of the top people on the House Intelligence Committee, and Dianne Feinstein,” Wallace said to Jose Rodriguez on Fox News Sunday. “How specific were you in what you told them about these enhanced interrogation techniques, and did they ever raise any concerns?”

Rodriguez said he remembered “very clearly” a September 2002 briefing he had with Pelosi.

Wallace asked whether Pelosi was told specifically about water-boarding and sleep-deprivation techniques and about agents “slapping and pushing” detainees into walls.

Rodriguez also verified reports that Sen. Jay Rockefeller wanted the CIA to use even more “enhanced interrogation” techniques on detainees.

“I can remember going back to hearings and meeting with the Congress back in 2002, and their biggest thing that they told me was, ‘You know your problem is that you guys are risk-averse. You’ve got to go out and use the authorities that you were given to protect America,’” Rodriguez said. “All of these people were briefed, Rockefeller in particular.”

Rodriguez didn’t mince his words when Wallace asked about what he thought of the torture report.

“This report throws the CIA under the bus,” he said. “I am just shocked that the United States of America would betray its liaison counterparts who actually stepped up to the plate to help us after 9/11.”

The typical liberal mantra of deny deny deny just doesn’t stick here. Mr. Rodriguez has very concise knowledge of these incidents and calls the D’s out on the carpet. He reveals more of the double-dealing lies the Dems are trying to spin in the video: