Here Are the Executive Orders That Trump Is Signing on DAY ONE!

President-elect Trump has hit the ground running. Anything he can do to get America on her way to being great again that doesn’t require him to be sworn in and living at the White House, he is doing. 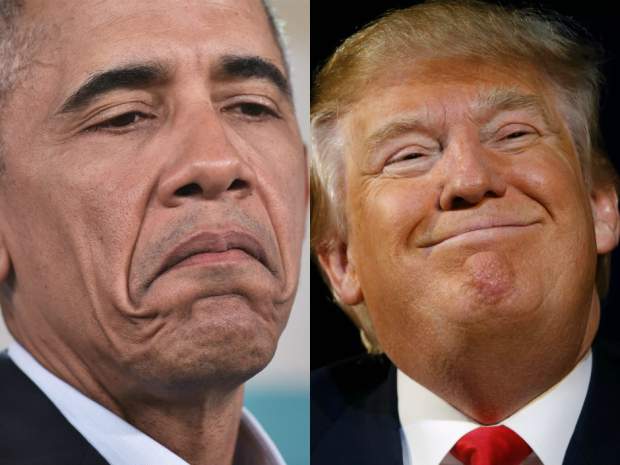 His right hand man, Mike Pence, was gracious enough to let us know yesterday that one of the first and foremost items on their priority list to complete once Trump is in the White House is appealing Obamacare.

Otherwise known as the Affordable Health Act, that isn’t actually affordable. Not even in the least bit.[2]

Now Republicans everywhere in the nation are starting to explore how they can get any sort of replacement for Obamacare to pass and preparing for the fight we all know the Democrats are going to bring to the table to defend their sorry healthcare act that has never worked, nor will ever work.

Now our Vice President-elect has just graced us with some big news! 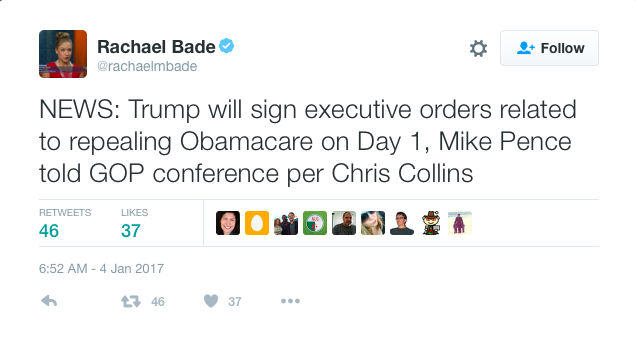 Reportedly Politico’s Rachel Bade claims that Trump’s ally Chris Collins has said that Republicans do intend to have a replacement proposal within six months for Obamacare.

This is actually pretty incredible and shows us that they are finally moving forward to get the crap healthcare act THROWN OUT!

That’s right Obama…you’re so-called ‘legacy’ is crap and it needs to go.

This brings some serious hope to the rising number of Americans that are SOL due to Obamacare. Premiums are not affordable, service coverage under the personally chosen options of coverage are not affordable…and those who can’t get a grip on how to even navigate Obamacare and opt to go without…even for them, it is not affordable due to the FINE!

It’s all just stupid…and many are looking forward for this nightmare to be over with.

So many are suffering through an insurance policy that is essentially useless. Here’s hoping that will be over soon.