Rand Paul and Chris Christie, both looking to secure the GOP nomination for president, made the idiotic decision to pander to the anti-vaccine crowd recently, which predictably backfired. And it turns out they were wasting their breath anyway — the majority of unvaccinated children are actually in liberal counties. 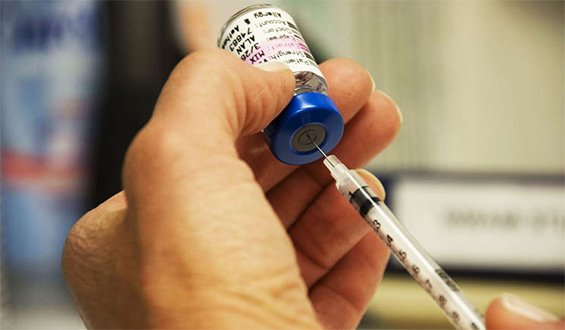 Observers have rolled their eyes with disgust and familiarity: These politicians are seeking the Republican nomination for president, and the primary process does often involve pandering to fringe elements of one’s own party.

But who are these people pandering to? What part, exactly, of the Republican coalition so opposes mandatory requirements that, in the context of a measles outbreak, vaccination is a compromise issue?

Because here’s the truth: This is largely a liberal fringe issue.

The people not vaccinating their kids against the diseases once declared defeated don’t live in South Carolina or Indiana or a particularly conservative part of Ohio or Florida. That isn’t where people are contracting the whooping cough, like it’s goddamn Little Women.

No, the strongholds are in places like Newport Beach, Santa Monica, and Marin County, California. The affluent, the educated, the enlightened, the ones who believe in purity and science — people in liberal enclaves are the ones rejecting one of the 20th century’s major scientific achievements.

Half of the children that attend some schools in Marin (median income: $90,839), the county’s health officer told the New York Times last week, are unvaccinated. People don’t want toxins in their children’s blood.

So now, these brainiacs just made themselves, and by extension, the GOP, look like anti-science lunatics, and all so they could pander to groups that aren’t going to vote for them anyway. Maybe they should have done about five minutes of research before spouting their mouths off about vaccines first.