If You Drive A Car, They’ll Tax the Street 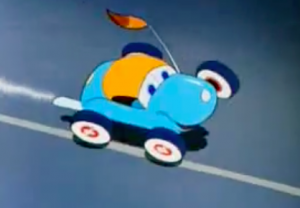 Drivers in the San Francisco Bay Area may be subject to a brand new tax[2]. : Besides being tracked by your GPS, drivers will be “taxed per miles driven — a scenario which is part of a proposed long-range study aimed at finding ways to reduce traffic and pollution, while also raising revenues.: Members of the Metropolitan Transportation Commission and the Association of Bay Area Governments are scheduled to vote on Thursday on whether or not to authorize a study of the proposal. Under the plan, drivers would have to install : trackers in their vehicle and officials would tax drivers for every mile they travel.”

The so-called “Vehicle Miles Traveled (VMT) tax could cost up to a dime per mile and also be based on the time of day a driver is traveling on the roads.” : It always amazes me how liberals don’t seem to think of cutting spending to deal with their economic woes.

However, as reported in the San Jose Mercury News[3]:

Based on current Bay Area driving patterns, a mileage tax could raise up to $15 million a day, the Mercury News said.

The two regional agencies are considering the tax as part of a broader, 25-year transportation and land-use plan to accommodate the 2.1 million new residents who are expected to reside in the Bay Area and to curb greenhouse gases. Other ideas floated so far include raising bridge tolls during rush hour, creating more carpool lanes, and funding public transportation options in counties north and east of San Francisco.

Commission spokesman Randy Rentschler acknowledged the concept could prove a hard sell with Bay Area residents, who would likely resist both the travel tax and the government-mandated tracking devices.

“We’re not interested in where they go. We’re only interested in the amount they travel,” Rentschler told radio station KCBS.: “But for some folks, that’s a distinction without a difference. Anytime you talk about getting information from people, whenever that conversation comes up, it’s another hurdle you have to overcome.”

No kidding Randy. Americans don’t like being tracked by the government : (even though it happens already[4]) and don’t like paying inane taxes. : Furthermore, can we please call the tax by its proper name. : It’s a soft carbon tax. : You may not pay the levy at the pump, but it : kicks in as soon as you start the ignition. : It seeks to curb travel and carbon emissions, which usually leads to the strengthening of local economies, but that’s not mentioned here. : It’s not a question about where people go or the amount travelled. : That’s idiotic. : It’s because this is a bad tax, but it will probably be enacted to curb the Bay Area residents’ carbon footprint on the environment. : Frankly, I think we give enough money to the government and they they manage it so well.

*Link note: I don’t agree with the ACLU, except in cases like these, so don’t assume I endorse them or their agenda.