This video is going to leave you with a permanent cringe. It is everything that is terrible about the left, put to music and punctuated with images of Joe Scarborough and fiancee/co-host Mika Brzezinski.

It’s entirely possible that you may suffer from 3rd degree second-hand shame. Do not watch if you are depressed or suicidal, as this video may intensify those feelings. 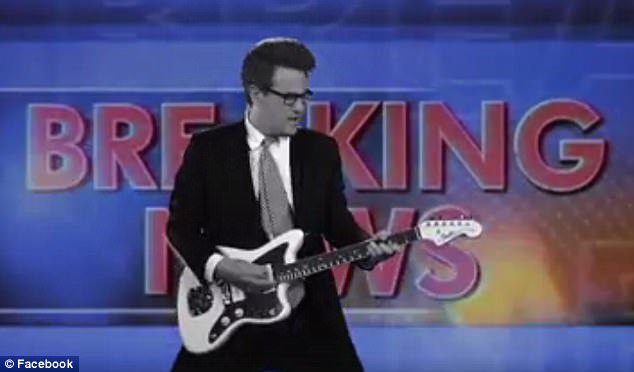 Scarborough and Brzezinski have a history of trashing Donald Trump on their MSNBC show “Morning Joe,” but recently they’ve taken their hatred for the President to a YouTube in the form of a music video.

That’s right, Scarborough is releasing his new EP and on it is the song “Mystified,” the music video which shows clips of Donald Trump, nuclear war, racism and other terrible, horrible things that haven’t happened.

This is just unfortunate, but I’m going to make you watch it because if I have to be scarred for life, I’m bringing you down with me.

Congratulations, now you’re going to have a nasty look on your face for the rest of the day.

The video stars Scarborough and Brzezinski, who stare desensitized at a the images in front of them, including one of a mushroom cloud after the detonation of a nuclear bomb.

‘TrumpWorld Culture on the Skids in the music video to the title track of our new EP ‘Mystified,” wrote Scarborough, 54, after posting the video on Facebook.

I’m sorry, but this is just terrible. There are plenty of good music videos that make political points, but this is hard to follow, terribly edited and the audio itself sounds like it’s been auto-tuned to hell. I’m embarrassed for Scarborough, but something tells me he’s perfectly fine with it and the fear-mongering message it sends. Just terrible.