Leftists planning nationwide action against Trump, don’t realize most people are laughing at it

So very lame.[1] Activists are calling for people to not work or buy anything on February 17th in an effort to bring President Trump down. They’ve done this before against other conservatives and it never, ever works. It’s pathetic. So? What are they going to do? Not buy clothes or lattes and then take a four-day holiday instead of a three-day one? Any excuse to get out of work, school, whatever. This is a ridiculous protest and I predict it will fall flat spectacularly.

You honestly think this would create enough disruption to change the system? Are you lobotomized? Geez. And it should be of no surprise that this nutty idea came from a leftist British publication, The Guardian[2]. If they think this will make their so-called political and economic power felt in DC, they are truly delusional. I guess this stupidity is trending on Twitter under the hashtag #NationalStrike. How very Workers World Party… how very communist[3]. 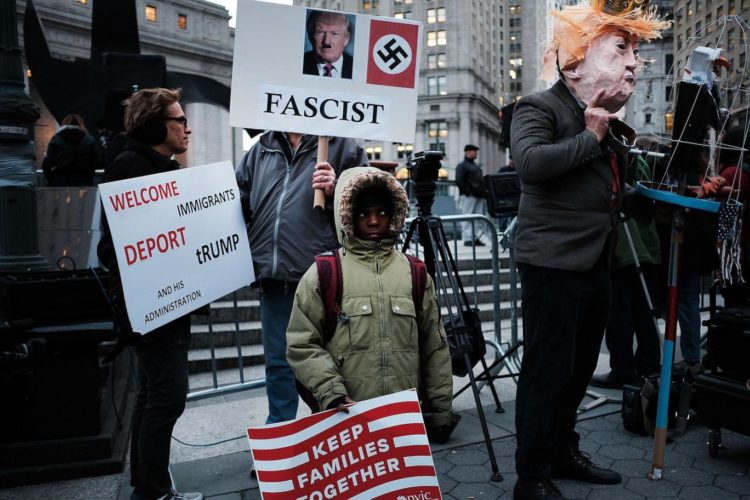 Activists are calling for people to stop working and buying things for a day to bring down Donald Trump.
Oh yes, I shall show my solidarity by not buying a handbag on Friday! AND I’ll give myself a four-day weekend (because Monday is a holiday too).

A national general strike across the US is being called for 17 February – the Friday before President’s Day – as a way of protesting the new administration.

Those behind the strike hope that they can cause enough disruption to bring about change in the political system.

The argument was first published in the mainstream media in a Guardian article in which writer Francine Prose wrote that protests wouldn’t be enough to oppose Mr Trump.

“The trouble is that these protests are too easily ignored and forgotten by those who wish to ignore and forget them,” Prose wrote. “The barriers go up, the march takes place, the barriers come down. Everyone goes home happier.

“Let’s designate a day on which no one (that is, anyone who can do so without being fired) goes to work, a day when no one shops or spends money, a day on which we truly make our economic and political power felt, a day when we make it clear: how many of us there are, how strong and committed we are, how much we can accomplish.”

This strike is in effect a major hissy fit thrown by petulant leftists. And by the way, I’m confused on their message. They seem to be complaining about a rigged economy. This is more wealth redistribution nonsense. All these malcontents want more money for no work, no exchange. They hate Trump because he’s the adult in the room and they are stomping their designer feet and telling him he’s not the boss of them. Childish in the extreme.

One Facebook page supporting the event claims that the national strike will be a way of moving towards a new kind of politics. “At this dangerous point in our history, we must confront a bitter truth: any political system that can allow Donald Trump to come to power is not a system worth keeping,” the administrators of the page write. If you don’t like it, there’s the door and good riddance. You have failed to learn what America is really all about to begin with.